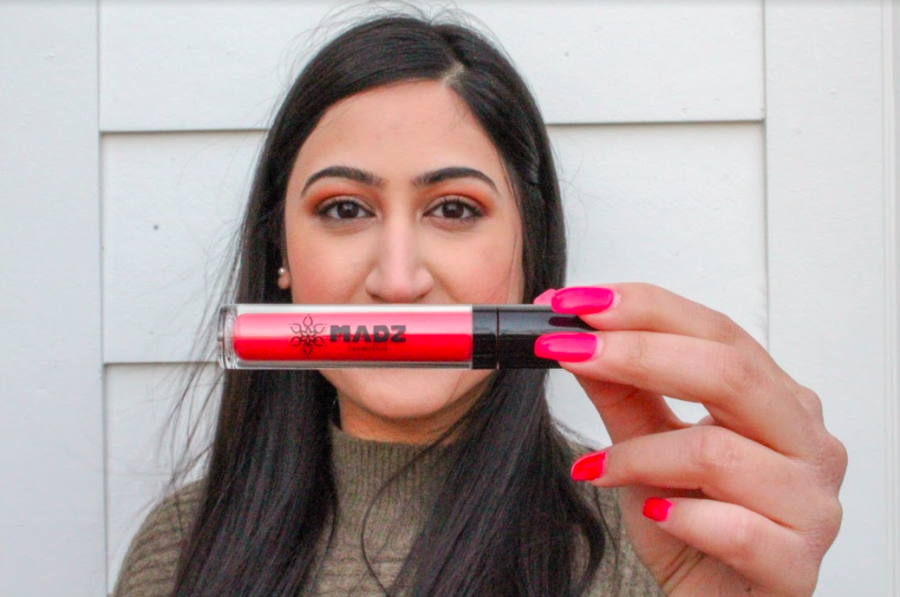 Born in Pakistan, 2012 Coppell High School graduate Madiha Lakhani was told to follow the typical career paths perceived as successful: lawyers, doctors, engineers. However, with an economics degree from Baylor University, Lakhani launched a makeup brand knowing very well it did not fall into the line of socially accepted careers.

“Some of the brands are getting them made from China, and the policies over there aren’t as strict as they are in America, and I saw a gap,” Lakhani said. “I felt like there wasn’t a diversity, in terms of makeup, at that time, so that’s why I started my brand.”

Madz Cosmetica, which Lakhani launched on Jan. 25, is a way for her to share her passion with the world.

“Ever since I met her, she’s been telling me that makeup is what she’s been passionate about, and she told me she envisioned one day when she would start her own brand,” Lakhani’s boyfriend Salman Jasani said. “This is 2016 and just a few years later, that’s exactly what happened.”

Selling only liquid lipstick currently, the brand strays away from top brands made in foreign countries, as all of the products are made in the U.S. According to Madz Cosmetica’s website, they are hypoallergenic, paraben-free, cruelty-free, vegan and hydrating. They are made with avocado oil and Vitamin E.

In high school, Lakhani had interests in the health science field but due to overlapping interests, she kept her future open.

“She always had that curiosity about, when something fascinated her, learning a little bit more about it. Her experience in that is a good message, that it’s great to have an idea of where you wanna go but be open to the other opportunities that are out there,” IB history teacher Michael Brock said. “She’s already showing she has the courage to seize an opportunity when it presents itself.”

Coppell played a significant role in Lakhani’s life as the relationships she made with her peers and former teachers continue to play a role in her life. Friends who have connections in the makeup industry have helped her scale and expand her brand.

Being the only person running the brand, Lakhani took up an unexpected workload such as researching FDA requirement and labs to make the lipsticks and colors that are compatible for every skin tone.

Through it all, Lakhani has grown as a person by taking a positive outlook on the obstacles presented in front of her such as sleepless nights spent on trying to make it a reality and learning from them instead of letting them discourage her.

“In terms of patience, my patience has grown as I’ve realized this is a lot for one person to run and create,” Lakhani said. “If someone says, ‘Oh you can’t do this because [of] whatever reason,’ you just need to figure why you can’t do this, because a lot of times you’ll figure it out. People are actually saying ‘no’ just to stop you from going after what you want.”