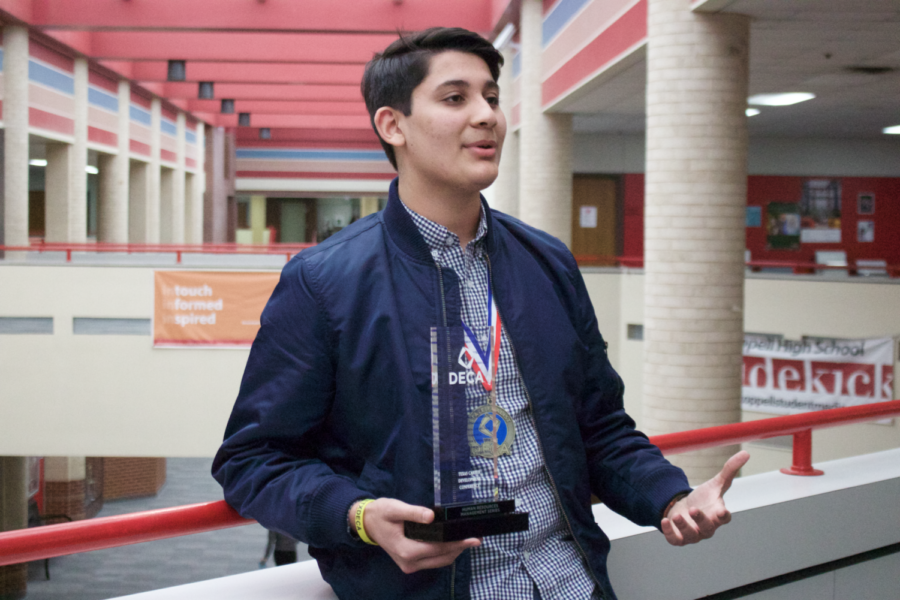 Coppell High School DECA competed against the best in Texas at the state competition, which was held last weekend from Feb. 21-23 at the Dallas Sheraton, with 11 students advancing to the internationals at the International Career Development Conference (ICDC).

These 11 qualifiers will travel to Orlando, Fla. to compete in ICDC from April 27-30. Attended by 19,000, the convention brings in businesses, clubs and students from across the world.

With Coppell ISD now requiring all DECA students to be enrolled in Career and Technical Education (CTE) courses, the CHS chapter went from about 200 students to 80 this year.

“We just continued to work the same we had in the past- doing the same type of review sessions, seem meeting and the same type of motivation,” CHS DECA adviser Richard Chamberlain said. “The only difference was we had fewer people.”

CHS junior Shivan Golechha came first in the Hospitality and Tourism Professional Selling event, where participants were tasked to persuade a mock client to host a convention for 4,000 people at a certain facility. Now headed towards the international conference this summer, Golechha is eager to compete once again.

“DECA as a whole is a great experience. Getting to meet more people, networking is always fun. The Dallas Sheraton Hotel was great, from the opening ceremony to the many activities we had,” Golechha said. “I am definitely very excited to compete [at ICDC]. I have worked a lot for this so even though going to Orlando for ICDC might seem overwhelming, I am confident. I just want to continue to work hard and better my project for the competition.”