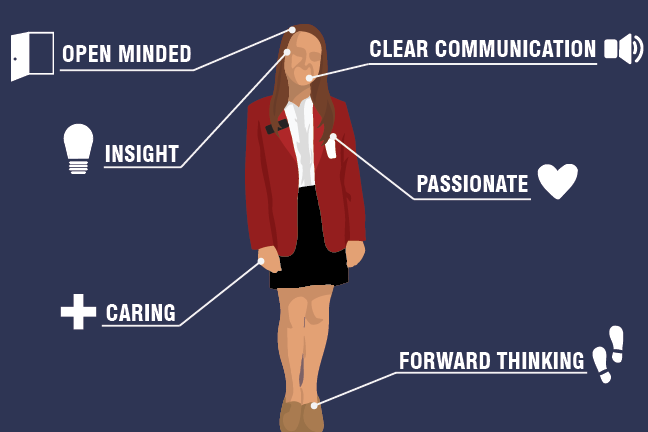 On Jan. 30, CHS Red Jacket applications officially opened to current Coppell High School juniors. The Red Jackets are a select group of seniors who serve as ambassadors and leaders to the CHS community. All applications are due Feb. 20.

Red Jackets are a select group of seniors who exhibit outstanding leadership skills that “serve as the face of CHS”, according to the club application. The students complete a community service project every year and are required to perform a number of volunteering hours each semester.

Senior Afrida Rahman said Red Jackets has helped her get an inside look at some of the school’s policies.

“I’ve been able to experience the background, or the behind-the-scenes,” Rahman said. “For example, we went to the elementary school for World Read Aloud Day, and it was really nice to see the little kids. We’re going to be heading to Dallas [to talk to other leaders], and we’re going to be talking about some things we can change at CHS because they’re going through a new construction phase.”

All juniors who have at least a 4.7 GPA are eligible to submit a resume for the first round of the applications process. If selected to move on to the second round, the applicant must submit a video application or a word board, which is pending approval from Red Jackets sponsor Aylor Rix. The third and final round will consist of an interview.

Rahman also notes the application process can be stressful.

“So many people are trying to get in,” Rahman said. “It’s a very elite group of people. But at the end of the day, I was truthful, and I was myself in a lot of the questions, and being me really helped me to get in.”

“We want a diverse group of students within the organization,”  Rix said, “But we don’t know what the student looks like until the second round.”

According to current Red Jacket Anusha Jain, the the group is uniquely suited to leading the school due to their diverse composition.

“The first thing you have to know [when filling out your application] is what area you represent in the school,” Jain said. “I represent STEM so I can really put something on the table and represent my school.”

Jain also suggests while filling out the resume, applicants should typically focus on the part of the school that they represent.

“We have a varsity basketball player, a varsity football player, tons of band kids and several in theater and choir,” Rix said. “So it’s a pretty diverse group of kids.”

All those accepted are required to commit to Red Jackets for the entire school year and show exemplary leadership skills. Application instructions can be found here and are due Feb. 20 at 4 p.m. Reference forms are due at the same time on Feb. 26; students eligible to move on to round two will be notified by March 4.