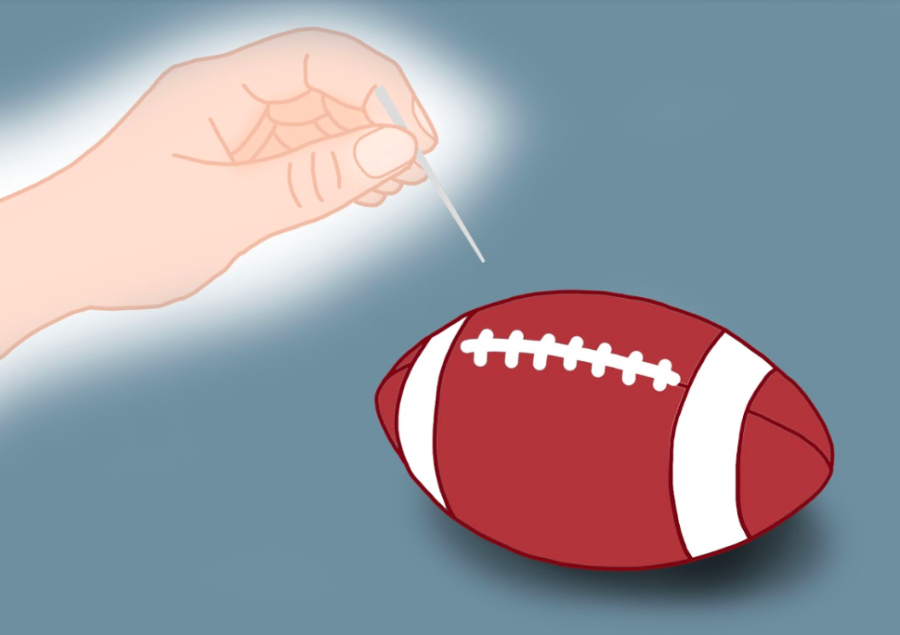 This Sunday, the New England Patriots face the Los Angeles Rams at the Mercedes-Benz Stadium in Atlanta for Super Bowl LIII. The Sidekick Staff Writer Anika Arutla explains the reputation and negative connotation surrounding the Patriots as they enter their 10th Super Bowl.

Every now and then, each major sports league has one team that wins consistently and often, if you are not a fan of them, it is slightly infuriating. For example, Brazil has won the most FIFA World Cups and the Golden State Warriors have dominated the NBA in recent years.

More recently and prominently, the New England Patriots in the NFL have taken center stage.

The Patriots began their trek to the top in 2002, when the team won their first Super Bowl with five-time Super Bowl champion Tom Brady making his debut. Since their win, the Patriots established a stable staple. It is expected the Patriots will at least make it the playoffs, if not the Super Bowl.

Often times, having a dominating team in the NFL is perfectly normal, such as the Dallas Cowboys in the 1990s and the Green Bay Packers in the 1960s. The only difference between past team dynasties and the Patriots is the conspiracy and negative aura that surrounds them.

In 2015, Deflate Gate, where the Patriots – notably Brady – was accused of deflating footballs during the AFC Championship Game against the Indianapolis Colts to help them win, seemed to ruin the respect and reputation they held.

One of my friends, who decorated her basement with a massive Patriots rug and framed pictures of Patriots players such as Brady, went to visit the team during one of their practices not long after Deflate Gate.

She did not get to see most of the players, specifically Brady, who seemed to be hiding from the public.

“The main reason people dislike the Patriots is because they already have five Super Bowl wins,” Coppell High School sophomore Varshini Suresh said. “They want to see new teams win the Super Bowl and have other teams have the opportunity to win.”

This incident that happened four years ago seems to still haunt them to this day as every achievement they earned is questioned and researched. And they have quite a lot of achievements.

Two weeks ago, in the playoff game to get into the 2019 Super Bowl, the Patriots beat the Kansas City Chiefs in overtime,  37-31.

This game raised questions, once again, about the integrity of the team. One of the most notable characteristics of the Patriots is their dramatic last minute wins such as the noted playoff game. It is easy to assume or believe some form of cheating happens in the locker room or those group huddles prior to their wins. Sometimes, it really is a well deserved win, but with the number of times they have done it, it is hard to believe in their integrity.

Furthermore, in 2007 they were caught filming signals from Jets’ coaches in Spy Gate.

On Sunday, the Patriots face the Los Angeles Rams at the Mercedes-Benz Stadium in Atlanta for  Super Bowl LIII.