Campus restrooms shut down during class to deter vandalism 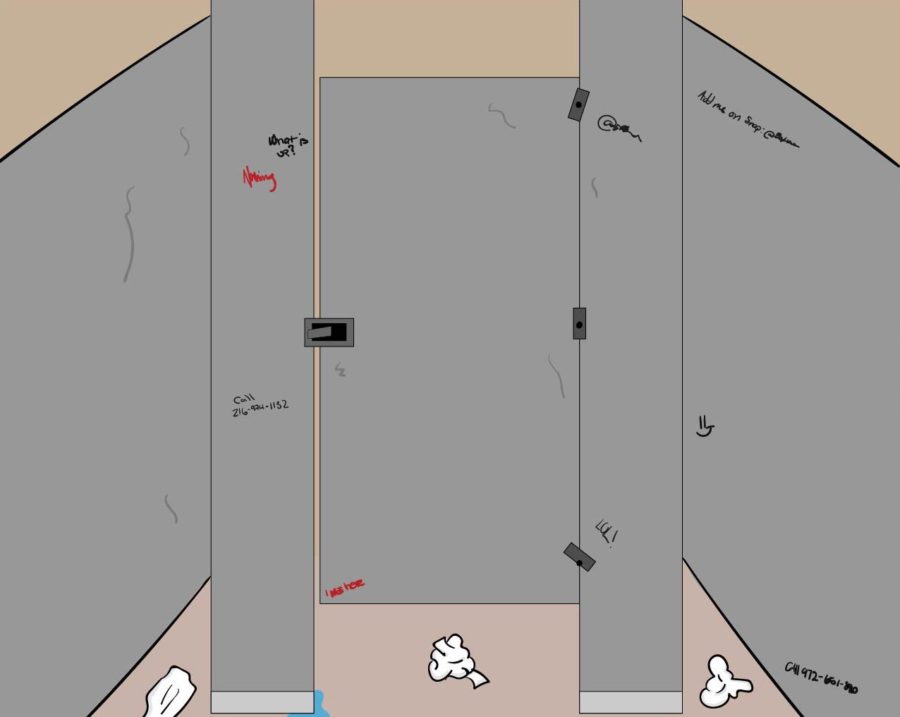 On November 15, 2018, the upstairs C Hall boys’ restroom was shut down due to the amount of vandalism. Recently, Coppell High School administrators have been locking the doors to restrooms to deter attempts of vandalism.

On Nov. 15, the Coppell High School upstairs C hall boys’ restroom was closed and labeled “out of order” due to the destruction of urinals, plumbing, ceiling tiles and stall doors. It took nearly a month to complete and cost a significant amount of time and nearly $1,200 to repair and remained closed until Dec. 10.

In order to limit vandalism opportunities, and to enable Student Resource Officers (SRO’s) and CHS administration to keep a closer eye on bathrooms, custodians have begun locking certain bathrooms randomly during classes, while keeping a few open in the middle and on the ends of the building.

“We want to narrow the scope on this vandalism and who’s doing it, as well as where it’s occurring,” assistant principal Nick Coenraad said. “If we lock some of those bathrooms, we are giving vandals less time and less chances to vandalize.”

The vandalism by a few students has also brought on an inconvenience for all other students.

“[Locking the bathrooms during class periods] is smart because then there aren’t as many bathrooms to go break stuff in,” CHS senior Ian Olivas said. “Vandalizing the restrooms is pretty stupid, and there’s really no point at all. It just ruins it for the rest of us.”

Although certain bathrooms will be locked during classes, they will remain unlocked during the 10 minute passing periods.

“Because there are so many people out in the halls during passing periods, it’s really necessary to unlock all of the bathrooms at that time,” Coenraad said. “But because we have APs, teachers and SROs monitoring the halls in that 10 minutes, it definitely discourages doing something wrong. Kids probably won’t vandalize property when there are students and administrators walking around and coming in and out of restrooms.”

While the foot traffic during passing periods has not been affected by this solution, it does affect the amount of time a student is absent from class on a restroom break.

“Administration told us this was going to happen, and it’s a good idea,” AP English teacher Linda Moore said. “But it does mean students take longer in the restrooms because they may have to walk to opposite hallways or go downstairs. All in all though, it is an effective solution.”

Coenraad has made it clear the solution of closing down bathrooms during class periods is not permanent.

“[Closing bathrooms] is only temporary, and it certainly isn’t ideal, but then again, neither is vandalism in the restrooms,” Coenraad said.