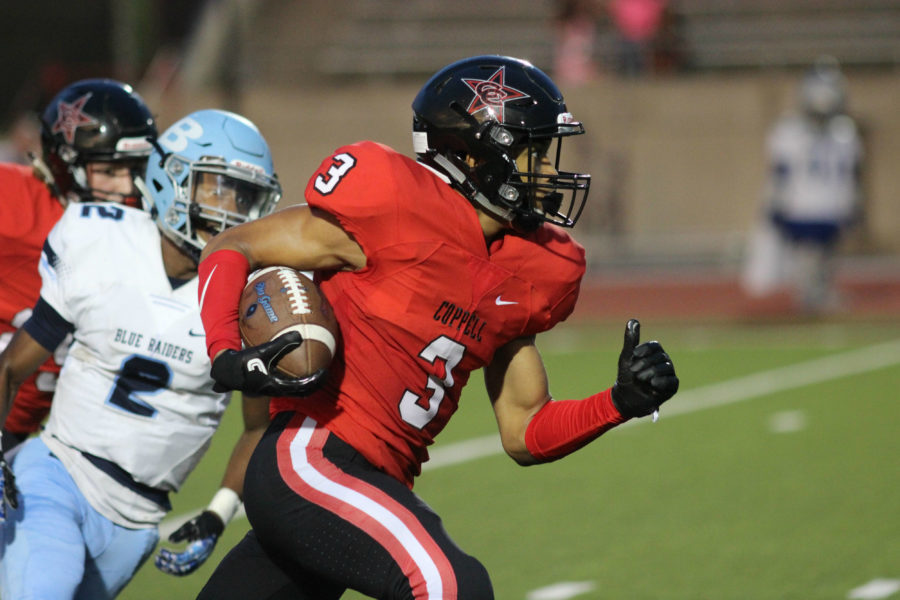 Though committed to SMU for several weeks now, McGill reconsidered due to the academic opportunities and elite program Stanford offers.

“It has been one of the hardest things I had to do,” McGill said.

He feels nothing but excitement for his future and thanks his family as his main source of support as well as Stanford’s head football coach David Shaw and Cardinal defensive back coach Duane Akina in their recruitment.

“As soon I got the phone call [for his acceptance to Stanford], I was screaming,” McGill said. “I was real happy with everything. I’m just happy to start a new chapter of my life. I’m thankful for everything Coppell has done for me for these four years, but it’s time for me to grow. I feel like going to California and meeting new people to shape me or form me into a new person – I’m just ready for that.”

McGill hopes to, one day, reach his goal to play in the NFL – being the second Coppell High School graduate and Stanford University alumni, aside from Solomon Thomas, CHS class of 2014, who now plays defensive end for the San Francisco 49ers.

“I feel like this is the best way of going into the NFL –  by going to Stanford and it’ll prepare me for that,” McGill said.  “I’m just going to go there and work my butt off, do everything I have to do in the summer and see when school starts.”

McGill will be signing his National Letter of Intent on Wednesday at 8 a.m. in the Coppell High School fieldhouse.