Pro: Raising the budget for NASA 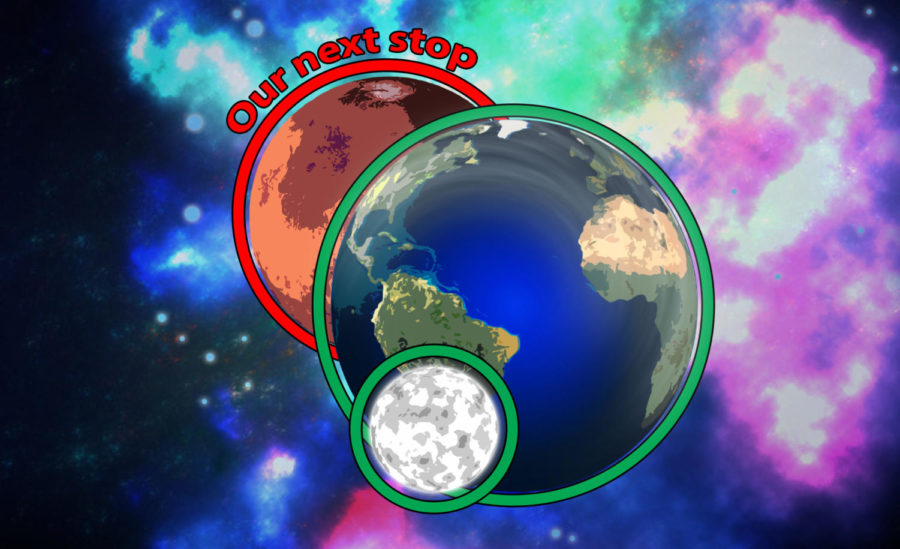 American institutions such as NASA and SpaceX are currently leading the exploration and study of space. Lately, there has been talk about reducing or increasing the budget for NASA. Coppell High School juniors Andrés Bear and Nolan Sanders stand on opposite sides of the argument.

Humanity’s fascination with the deep, starry unknown has followed the species since the early stages of its history. The forefathers of stargazing established the need to study our black sky and its twinkling lights.

The National Aeronautics and Space Administration (NASA) was founded in 1958 by the United States government to study these unknowns. At the height of the space race, NASA brought the United States to the moon on its masterful Apollo 11 mission.

The federal agency went on to progress the study of space and its many unknowns. Those technological advances came at a price, however – enough to make one small step worth billions.

“The focus of the issue should be shifted to where the money is going,” Coppell High School junior  president of the Aerospace and Rocketry Club Tomas Olivas said. “The agency is currently focusing on lunar missions, which are important. However, Mars missions and the further studying of our atmosphere and climate should take priority.”

A 2014 study by the National Research Council found that a manned mission to Mars must require less than $220 billion. The agency, as of 2017, operates on a $19 billion budget, which only takes up about 0.5 percent of the U.S. annual federal budget.

NASA receives small numbers compared to the $590 billion set aside for defense or $939 billion for social security according to the White House’s U.S. Budget Rundown. It can be argued those two categories are more important than funding a trip to Mars, but there is a glaring issue with that line of thought.

If not now, then when?

“NASA’s budget should definitely be increased,” CHS senior vice president of the Technology Students Association Alexander Gross said. “If [NASA’s] budget increased to one percent of the federal budget, it would have the ability to advance research on Mars exploration and beyond.”

The money currently being funneled into NASA is a hindrance to the pace and scale of its projects. If the agency received more money, it could greatly advance its progress on current ventures such as the Space Launch Program and Mars 2020 Rover projects.

NASA’s projects take time and money to develop, launch and maintain. Even if NASA does not receive a significant budget increase in the near future, President Donald Trump might have already set things in the right direction.

On Dec. 17, 2017 Trump initiated the Exploration Campaign. The campaign works as a refocusing for the agency’s current and future projects. The campaign would put forward NASA’s work on getting Americans back to the moon, a manned trip to Mars and further exploration of the cosmos.

The campaign could be all NASA needs to restructure itself and promote the overall advancement of the human species. That prospect is excluding my proposed budget increase. Not only would the budget increase supplement the campaign’s efforts, it would also allow for future efforts to sprout more quickly and easily.

“Space exploration is the definite future,” CHS AP Physics teacher Dayna Bryant said. “We need to put some more money into it. NASA is definitely the foundation for our country’s space exploration.”

Space is the final frontier. Humanity only has one way to go and that way is up. The future of Earth has natural and man-made destruction written all over it. One day, the entire species will have to fling itself towards the great unknown.

However, we will not be completely running away from our past – we will be running towards the future NASA, or any other space trailblazer, set out for us.