Cowboys to play Vikings in final chance to refine offense 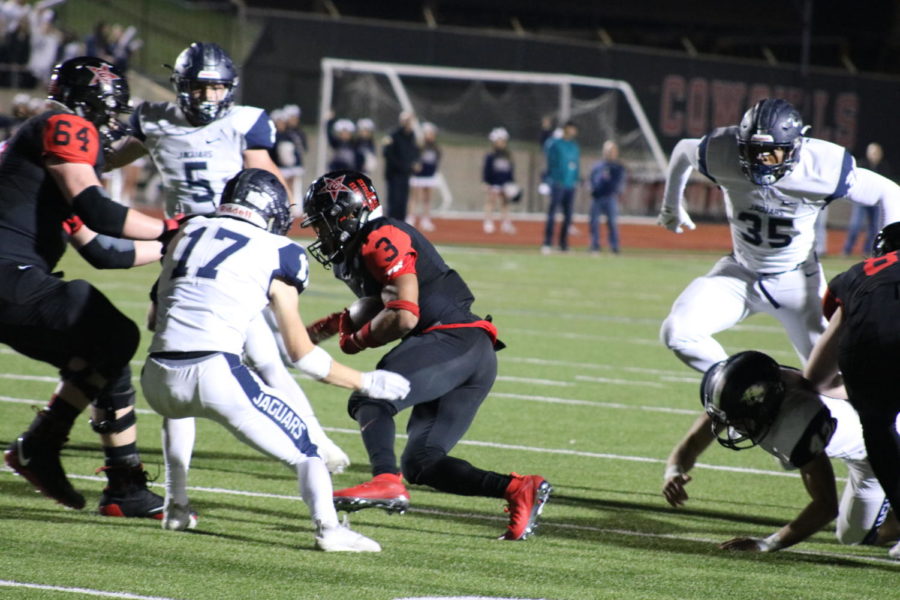 The Coppell football team plays Irving Nimitz tonight at 7 p.m. at Joy & Ralph Ellis Stadium in Irving. Being the last game of the regular season, this is the Cowboys’ final chance to perfect their offensive lineup headed into the Class 6A Region I bi-district round of the playoffs.

Last week, the Cowboys (6-3 overall, 4-2 in District 6-6A) lost hopes at a district title in a loss to Flower Mound. Tomorrow, the Cowboys will have to clean up both their performance – e.g. less pre and post-play penalties, scoring more when getting to the red zone and so on.

Nimitz (4-5 overall, 1-5) has lost five of its last six games, only defeating the winless Irving.

This gives Coppell a good chance to boost its record. However, the win will be fairly inconsequential in terms of district standings, as the Cowboys are locked into third place.

Headed into the final game and playoffs, Coppell is looking to refine its offense, so as to have a chance against Southlake Carroll in the first round of the playoffs.

In past weeks, the Cowboys have been developing their passing game, with junior Drew Cerniglia at quarterback and senior running back Ryan Hirt being used as a crutch. Any time the passing game does not yield favorable results, the Cowboys would resort to Hirt to run the ball. However, if Coppell is to go far in the playoffs, it will need to have both passing and running readily available.

And the last game against the Vikings will be Coppell’s chance to fully develop both aspects of its offense.