A Take On: O’Rourke might be the best thing for Texas right now 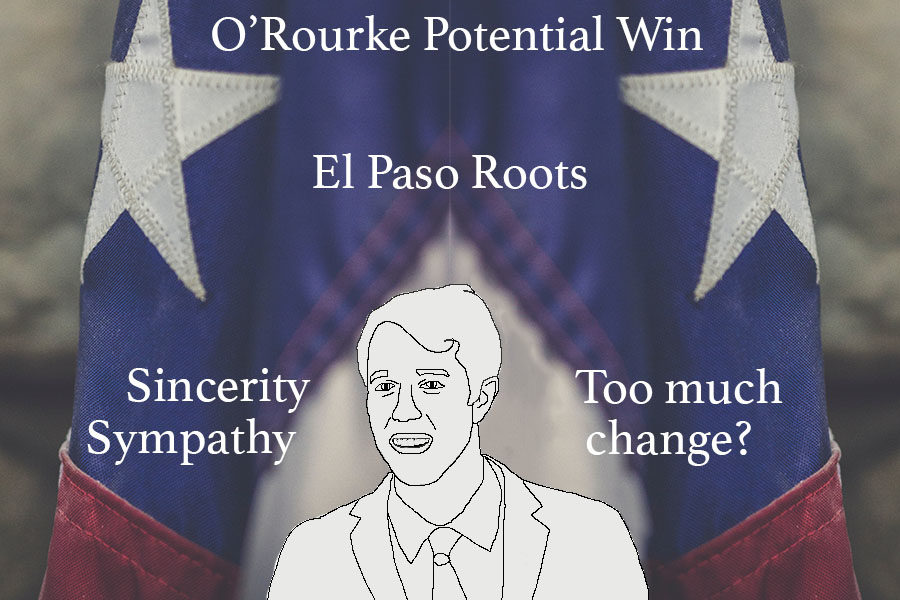 Beto O’Rourke is the Democratic candidate for the Texas Senate elections taking place today. Although he is white, he has a background in a Hispanic town and has the voice that Texas needs to sway U.S. Senate decisions.

Beto O’Rourke grew up in El Paso, a city deep in the western reaches of Texas, and on the border with Mexico.

It is a primarily Hispanic town, of course. In fact, O’Rourke’s legal name is Robert, but the locals nicknamed him “Beto”, a traditionally Hispanic name to fit in with the town.

It is a little bit ironic, because “Ted” Cruz is actually Rafael Edward Cruz, Texas Republican candidate and current senator. His family has quite a history of immigrants; his father came to the United States from Cuba and Cruz retained his Canadian citizenship for a long time. However, Cruz has also had a tendency to mock O’Rourke for the name given to him by his community.

I remember reading stories liberal Robert wanted to fit in,

So he changed his name to Beto and hid it with a grin.

People fail to notice the difference between O’Rourke and Cruz in this very thing—O’Rourke embraces the Hispanic culture he was immersed in at such a young age. He has ties with an outsider population and he’s proud of it. Meanwhile, Cruz pokes at the notion that O’Rourke, a white man, could not possibly want outsiders in this state.

The difference may seem small, but it signifies how ready Texas is for someone with O’Rourke’s background.

Texas has not had a Democratic representative since 1995. Texas is about as right-leaning as you can get, despite have such a high Hispanic population and many Republican ideals support  immigration reform into the United States.

Now, with Texas at the forefront of immigration laws and practically defining the border issue, Texas needs a senator with an open mind and ready ear to the immigrant and minority population of this state.

O’Rourke has the knowledge, capability and voice to do so, too—he has travelled to 254 counties (including plenty of Republican strongholds), which no other Texas Senate candidate has done. The people know O’Rourke. A position as senator could be exactly the position this country needs to gain a voice on behalf of minorities who do not get nearly enough of the representation they need in our current government.