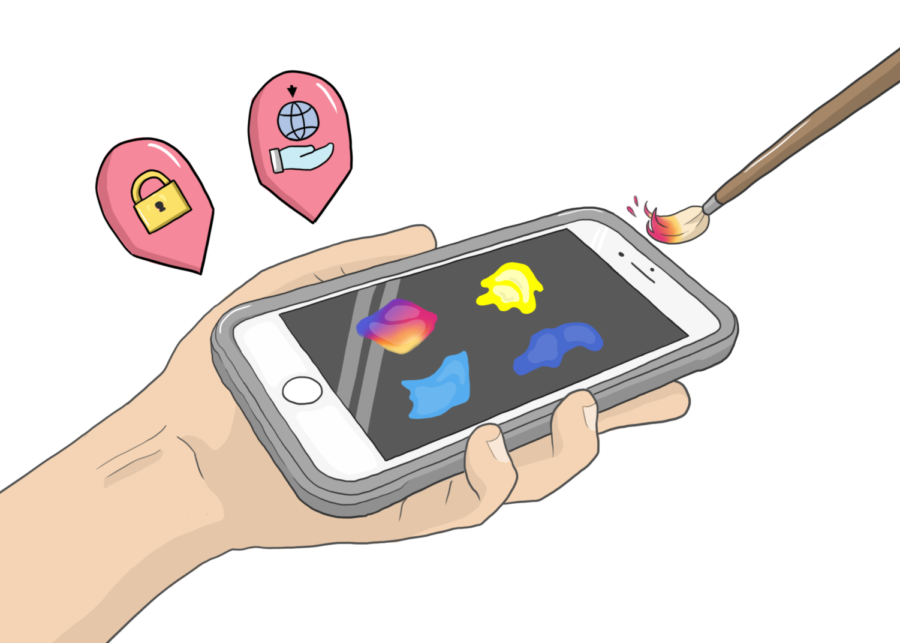 Social Media and Generation Z have reached a crossroads. The youth of today is completely immersed in giant platforms run by even bigger companies. Change is necessary if both sides want to promote a healthy and safe digital environment

There is one key factor that separates Generation Z – an age label generally agreed to apply to those born between 1994 and 2000 – from previous generations. Advanced technology has been in the lives of Gen Z individuals since the day they were born.

The Information Age describes and explains the rise of the high-tech global society we see today, manifesting itself in various forms.

At Coppell High School, students – all of whom belong in the Gen Z spectrum – carry virtual worlds in their pockets and backpacks, in the forms of laptops, iPads and smartphones. On nearly every platform, social media is a profound presence.

Social media is a complicated issue with plenty of appeal – after all, it is an easy and reliable resource that simplifies, filters, and organizes our lives.

Apps such as Instagram, Twitter, and Snapchat act as digital scrapbooks for its users to document what they please, from a friend’s night out to more secretive confessions, tucked away in “PT” (private Twitter) or “finsta” (fake Instagram) accounts, accessible only to close friends.

Parents are additionally able to use social media to keep track of their children’s ongoings in extracurriculars and events their kids are involved in, oblivious as they may be to what might be hidden from them.

In fact, in this new virtual world, there are more things we cannot see, than ones we can. There are loopholes and trapdoors, and a rapidly emerging culture of recklessness – one that is perpetuated by the unprecedented ease of digital communication and the ability to stay anonymous while doing it. 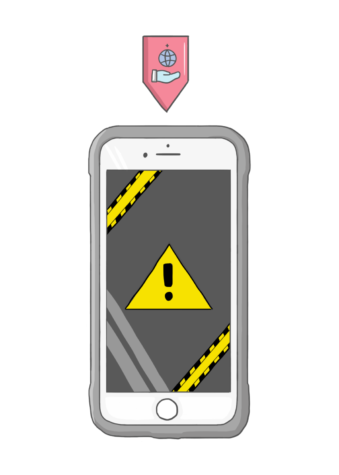 The migration of teenagers from older social media, such as Facebook, to newer, more “hip” platforms, such as Instagram and Snapchat, has opened the doors for a slew of new issues to arise, the most prominent of which being a sense of anonymity that social media posts on these platforms create.

When a problem arises on campus, it is directed straight to the counselling team at CHS, including 10 – 12 grade counselor Cheryl Abreu.

“We have kids that might be having issues with each other,” Abreu said. “If it’s something we can put a stop to, a lot of the times kids will go home [after counseling] and someone will post something to a social media site. That escalates the problem again, it makes it worse.”

Without an identity to easily attach to abrasive comments and messages, users – particularly younger ones – are able to both digitally and psychologically wash their hands clean of moral responsibility. This enables students to act with less care, propriety and restraint.

The Associated Press-NORC Center for Public Affairs Research found 76 percent of American teens age 13-17 use Instagram and 75 percent of teens use Snapchat.

It is no surprise that students would publish stories on platforms with a large user base — one that is made out of the people they talk to every day at school. Students may additionally feel a sense of anonymity when they post questionable material.

Snapchat stories, for example, are a quick and easy way for teenagers to express their innermost feelings or emotions – no matter how revealing or potentially harmful they may be.

Furthermore, the instant nature of social media stories (timed photos with a deletion countdown) has created a modern form of instigation.

Once a story’s respective timer runs up, it is deleted off of the poster’s Instagram or Snapchat account.

The self-destructing factor of stories has created a safety net for students to say anything they want online. It is only if a student gets caught that they are sent on another trip to the counseling office.

“It’s easy for people to make mistakes [on social media],” CHS junior Camden Southwick said. “Students post things they probably shouldn’t because they think ‘it’ll just be erased real soon,’ and they won’t have to worry about it later.”

These sorts of posts range from nudes – technically classified as child pornography for those underage – to generally embarrassing and inappropriate content. Drunken video clips, hallway fights and other poor decisions caught on camera have every capacity to smear one’s academic and professional record.

These digital footprints do not disappear within 24 hours, as some applications may lead users to believe. The information falls into the hands of counselors, internet sleuths and future employers. They are also stored in large databases by the companies who own these apps – forever.

The consequences that arise from decisions made online are not isolated to the digital world. They spill out into the real one. 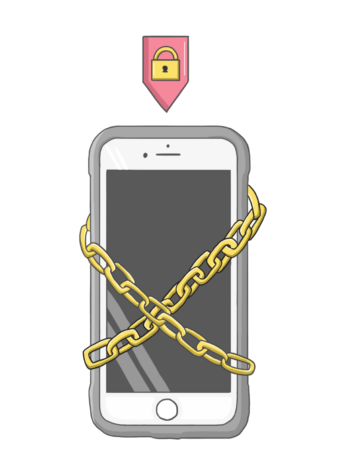 Examining older social media platforms provides a larger sample of user protection and its importance. Facebook, a Silicon Valley powerhouse, has had its walls torn down. Its issues have been exposed and students at CHS have responded.

Their response is visible with the trend of covering laptop webcams with tape. A disposable piece of tape, in the minds of teenagers CHS, can defend against widespread privacy issues that have made headlines across the world.

“The scotch tape situation is somewhat silly, yet questionable,” CHS junior Sathvika P. said. “I would assume, for Macbook users at least, that when the laptop camera is in use, the webcam light is on. Unless these internet criminals are able to hack past the mechanisms of the laptop, I don’t believe there is a high risk of someone spying through the users camera.”

Silly as taping one’s computer camera may sound, the issue of privacy is one that companies such as Facebook are currently dealing with. In the past few years, various tech companies have been exposed for having the privacy of their users breached.

In recent years, the now-defunct Cambridge Analytica, a British political consulting firm, was exposed for harvesting Facebook user data in hopes of sniffing out American voters and potentially influencing their political behavior.

“Facebook has been very irresponsible with their data,” CHS junior Alexandra Ruiz said. “Facebook has put themselves in a difficult situation to get out of. Personally, I don’t use Facebook. I don’t think many high school students use Facebook. They might think it’s ‘going out of style’ or are deterred by the safety issues that have occured. They might not trust Facebook because of all the recent incidents.”

Another notable Zuckerberg scandal took place in 2016 when Russians paid for and supplied ads on Facebook targeting both sides of the 2016 U.S. Presidential Election. While the Russians’ true intentions were never revealed, their explicit involvement in American politics remains a point of concern.

The fear of personal data leaking, whether it be through a laptop camera feed or a student’s Facebook wall, represents the concept of technophobia. Fortunately, to parents, their children’s Facebook data might only boil down to simple things such as where their children ate out on a Friday night, not political affiliations.

The mishandling of data by professional adults has nonetheless bled into the daily lives of Generation Z teenagers, puncturing the foundation of a social media platform from a generation past.

The extremities and consequences of technology can be seen through the data-filled cracks of social media. When Facebook first broke onto the scene in 2004, it caused massive ripples that would change the technology sphere as a whole. It reigned supreme until social media platforms such as Instagram and Snapchat popped up.

Yet, these applications aren’t completely safe from the issues that plague Facebook. Recklessness with one’s personal information, oversharing and Generation Z’s mismanagement of their digital footprints, all fostered by a false sense of security that is built on supposed virtual anonymity and impermanence, are culprits.

As a result, newer social media applications may experience what Facebook is currently going through in a near future.

To perhaps balance this threat out, Instagram has recently taken steps to improve the wellbeing of its large, young user base. Instagram introduced a page in its mobile app’s settings that displays how long a user spends on the platform. There are options to set daily “time limit” reminder and mute push notifications for a period of time.

Apple is also taking steps in the same direction. It has launched a new settings tab in iOS 12 titled “Digital Health” in hopes of driving awareness to the screen time users indulges in a day-by-day basis. The program is a system-wide venture for Apple’s own mobile operating system. One of the features built in is called “Downtime” – when configured, it darkens specific apps on the homescreen in order to deter people away from them.

“Speaking as a parent, I have two kids in elementary school who would happily stay on an iPad all day,” CHS campus technology manager Kristen Bickerstaff said. “I have both of my kids shared on my Apple account. [with Digital Health], I can turn their iPads on and off at will. I can also lock their iPads with a code. Digital Health gives a really good play by play of how they are using their technology and how long they use it for.”

Generation Z stands out as a canvas. The canvas started out as an image of youthful energy. As it hit a certain age, colors began to flow in. Each color had a name and a logo.

If each Generation Z individual received a piece of its respective contribution to the canvas, one thing would be apparent: Social media and its effects on today’s youth run on a case by case. There is no easy answer when contending with the array of issues that come hand in hand with the power of social media.

Statistics can only showcase the larger picture without taking into account the individualistic nature of today’s youth and the platforms it uses.