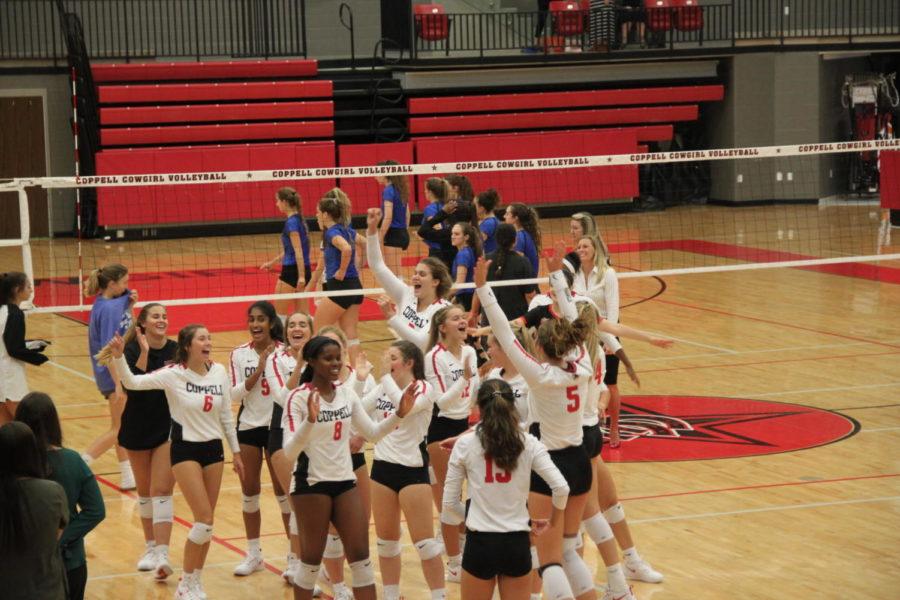 The first points scored created a bottleneck for both teams. The Cowgirls’ offense by Amarachi Osuji was strong, but their defense was on the weaker side. Each score made by the Lady Wildcats was forcefully matched by the Cowgirls intensity. Coppell senior and outside hitter Pierce Woodall’s scores for the first set proved that they were out for the win. Her powerful spike put the Cowgirls up, 21-15. They persevered and closed the set off at 25-16.

A scoring run of 5-2 held the Lady Wildcats in place at the start of the second set. Lady Wildcat offense was met by Cowgirl blocks which led to them having a lead of 15-10. The Wildcat’s cut the lead to 20-18 but the Cowgirls’ strong net-plays were mesmerizing. Precision and momentum by the Cowgirls closed the set at 25-20.

The Cowgirls opened third set with a steady stream of scores to jump to a 5-0 early lead. They extended the advantage to 11-3 and left the Wildcat’s defense hanging by a thread. The Wildcat’s fought back to make the Coppell advantage to 16-10 and dedicated themselves to penetrating the Cowgirls’ “shield of steel” defense. Woodall’s tactical strikes put Coppell up, 21-17, behind the assists of senior setter Stella Yan. The set closed with a barrage of scores by the Cowgirls closing the match off at 25-18.

“We battled hard, especially since we played a team that was undefeated so far,” Stella said. “We worked together and pushed through to make the most of it”