Amidst controversy, Kanye West is lead producer for five albums 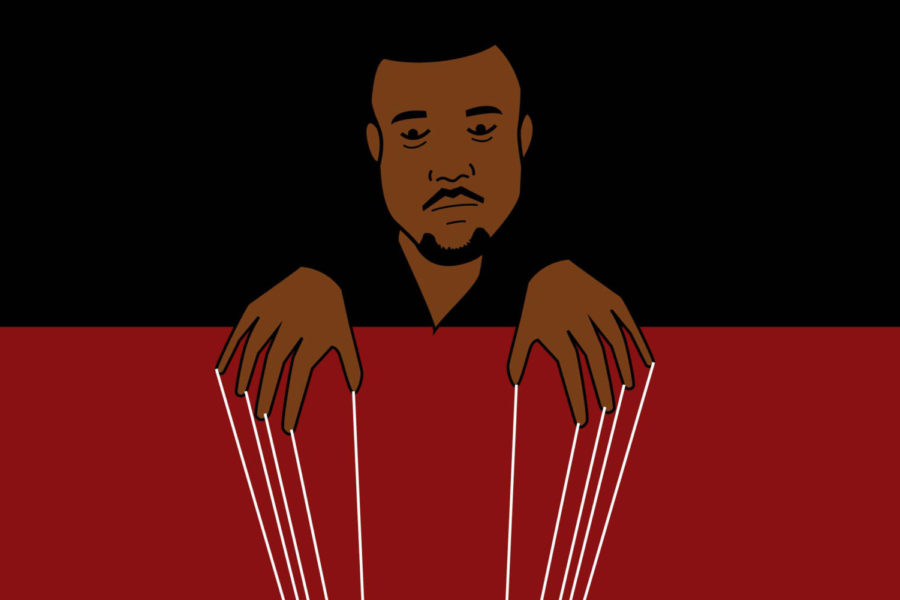 Kanye West worked as lead producer for five albums released over the summer. The rollout for the albums was ridden with controversy stemming from Kanye's Twitter.

Kanye West is a talented, yet polarizing figure. Ye’s album rollouts consist of Twitter tirades and public appearances, all of which the media loves to pick apart. The term “no stranger to controversy” runs through every vein in Kanye’s body. He is an artist’s artist.

In the first quarter of 2018, Kanye jumped on Twitter in his usual sporadic fashion. This time around, Ye spouted philosophical sentiments left and right. Each ranged from stream-of-consciousness thoughts to surprisingly relevant examinations on the human psyche.

In the weeks leading up to June, Kanye’s antics escalated dramatically. On Twitter, Ye stated that “Slavery 400 years ago was a choice.” That landed him inside Thirty Mile Zone’s (TMZ) LA office where he was confronted by Van Lathan. Lathan spoke for the majority of Kanye’s fans who saw his comment as irresponsible and dangerous.

“[Slavery] 400 years ago wasn’t a choice,” Coppell High School junior CJ Konwe said. “That line of thinking just shifts the blame onto those who went through slavery, gracefully ignoring the European and the African monarchs that succumbed to greed. He may not have meant it [to be harmful] but what he said can lead to gaslighting.”

His last big effort to draw up attention had him endorsing President Trump on Twitter. That simple action is a non-issue to “culture” outsiders but monumental to the hip-hop community. Having an esteemed black artist wear a Make America Great Again (MAGA) hat was quite shocking to certain fans. The ordeal even prompted Trump to respond.

Five albums were announced in the midst of Kanye’s antics. He tweeted out the artist’s names along with release dates. Each artist is either a part of Kanye’s G.O.O.D MUSIC label or affiliated with it. All of the records were released back-to-back during the first half of summer. They each have Kanye listed as lead producer.

Pusha T’s DAYTONA hit streaming services at the end of May. Pusha’s line-by-line delivery produced notable (and quotable) peeks into the criminal underworld. Despite his rise to fame being laden with drugs and death, he strived forward. DAYTONA is a testament to the progress he has made as not only as artist, but a human as well. Being the first record of the bunch, its short runtime of 21 minutes and sole Kanye sample-based production was interesting at the time.

Interestingly, both qualities would return on each subsequent record.

June was interspersed with various Kanye-produced releases, all diverse in sound and composition. Ye by Kanye West, a self-titled release and self-reflective concept, kicked off the month. The record dwells on Kanye’s struggles with bipolar disorder and fame. He put his raw and vulnerable side on full display throughout the seven tracks. Instances of purity shine on tracks such as “Ghost Town”, which features contributions from Kid Cudi and 070 Shake. The album was a stylistic departure from Kanye’s previous avant-garde production methods. He turned to sample-driven beats and noisy musical passages for the majority of Ye.

“He’s trying to be seen as a person that constantly grows,” CHS junior Rodney McCarty said. “He’s more focused on his persona as a powerhouse in the community of creative culture than actual music. These stylistic changes and shifts are just phases to maintain that.”

KIDS SEE GHOSTS is a collaboration between Kanye West & Kid Cudi. It is easily the most artful and polished album of the group. Trap meets psychedelic rock in an explosive manner for 23 minutes. The two genres blend in an immaculate fashion. KSG brought the best lyricism and style out of both artists. Futuristic in nature, an album such as KSG will stand the test of time.

“It’s catharsis on the strangest of terms, and, amidst the confusion of MAGA-hat Kanye, a consolation prize for putting up with him,” Assistant Music News Editor for NPR Sidney Madden said.

The following two albums, K.T.S.E. by Teyana Taylor and NASIR by Nas were released in the latter half of June. A ying-yang balance took shape between the two pieces of work. While K.T.S.E. wallows in themes of love, NASIR deals with the societal issues often found in urban settings. Both albums are average in terms of overall impact, but the ambiance that lingers after is stellar.

Kanye is the takeaway from each record. He is entering the third stage of his career with a stylistic stride and youthful attitude. Even with an album rollout ridden with controversy, he managed to pull through. Bright colors and even brighter sounds have found themselves into Mr. West’s head this time around. In a sense, it’s as if he is finally coming to his own.