Technology Spotlight: The rise of Android 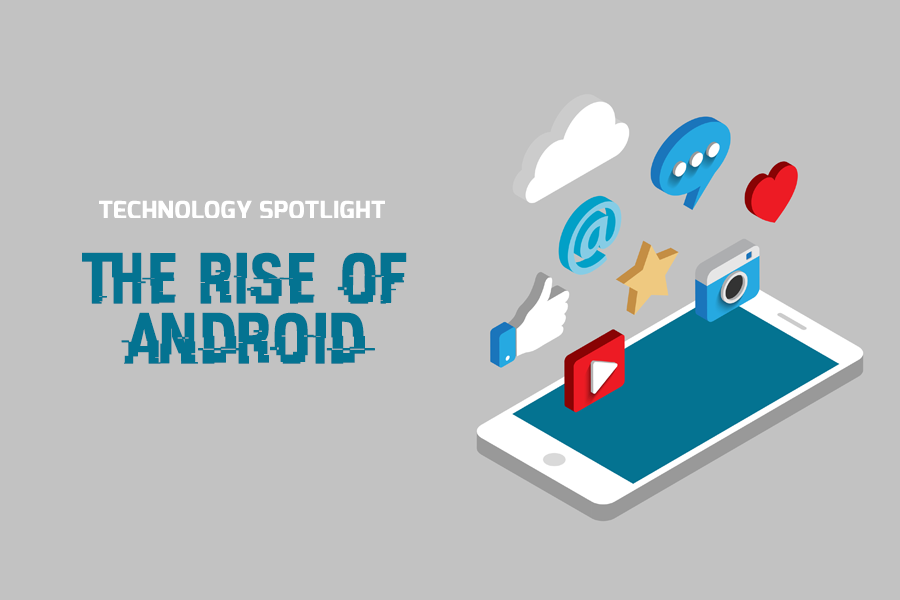 Ever since the birth of the smartphone in the American market, Apple’s iPhone series has been the dominant player globally and is undoubtedly the king of smartphones in the United States, which is also Apple’s biggest market.

However, in the last half-decade, Android smartphones have begun making a sizable dent in Apple’s territory.

Android phones have been experiencing an explosive increase in the past few years around the globe. Even Apple’s safe haven market, United States, has slowly been penetrated by big-name Android companies such as Samsung, giving Apple considerable competition. In fact, the four of the top five smartphone companies in the world, including Samsung and Huawei, use Android OS on their devices.

Owned by Google, the Android OS is no doubt one of the most innovative and flexible prominent operating systems in the world and can be found in everything ranging from cars and watches to refrigerators and home security systems. Unlike Apple’s iOS that only runs on the iPhone and iPad series, Android is practically usable on any device and almost every aspect of it is liable to customization.

Due to Android’s open rules, it essentially gives users a vast amount of choices of smartphones from many different manufacturers, ranging from basic, cheap phones to high-end performance smartphones.

Android is witnessing a tremendous boost in growth around the world, reportedly having over two billion monthly users over all platforms in 2017, whereas Apple reported having crossed the one billion user milestone in 2016. Experts predict that Android may dominate society even more effectively than Windows in the future.

Though Apple clearly dominates markets in America, the rest of the world has begun to tilt towards Android. This is mostly due to Apple often coming out with relatively expensive products and focusing its marketing and power on core advanced countries.

Areas, such as South and East Asia and South America, are subsequently much more Android-heavy due to their spectrum of low-cost smartphone options. These areas will continue to grow as Apple stays somewhat stagnant.

Samsung, one of Androids biggest ambassadors, has long been a prominent company in America. The South Korean company extends its boundaries in everything from TVs to microwaves to tablets and is ranked the world’s largest phone company. However, Samsung phones have only recently begun to catch heat in America as it has managed to produce worthy rival smartphones for Apple’s iPhones. At the moment, Samsung is experiencing its greatest growth ever in the United States and is not planning to slow down anytime soon.

Big name companies that run on Android, such as Huawei and Oppo, are also to follow suit to Samsung to spread the OS, though the Asian smartphone giants have a commendable reputation in Asia, their names are not well established yet, but both companies have plans to officially launch in North America.

One other prominent Android-run smartphone out in the market is the newly launched Google Pixel series, backed up one of the world’s largest technology corporations, the Pixel series is a serious competitor to the iPhone and has already begun to make splashes in the American market.

The reign of Apple iPhones in America may be slowing to and standstill soon as more and more worthy competitors of Apple’s high-end phones enter the market, the future of the American smartphones market is in for a ride.