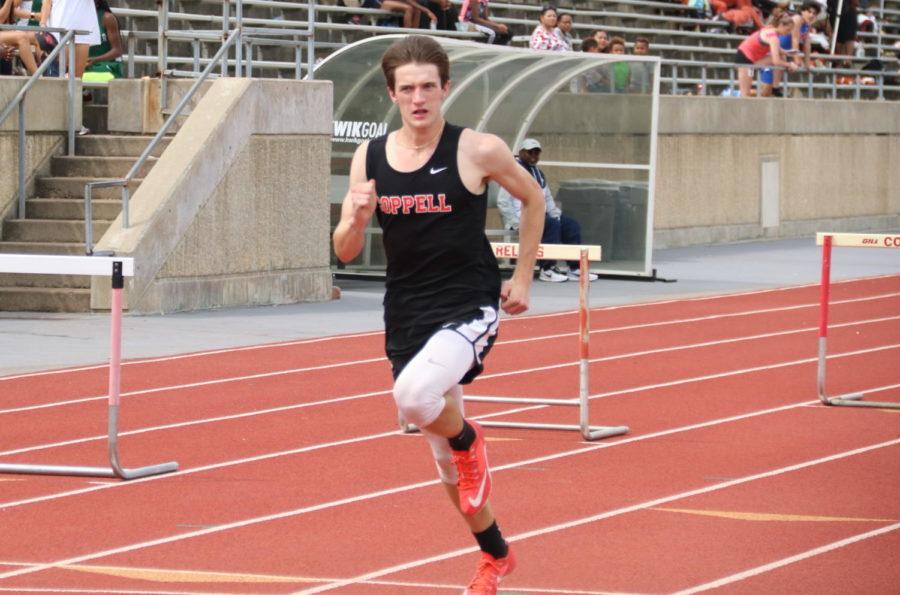 “On the boy’s side of things the varsity [team] has won every meet except for one,” Coppell track coach Karl Pointer said. “We repeated as [District 9-6A] champs, along with area champs and we finished 10th in regionals. The girls repeated as district champs as well and won the area championship.”

The Class 6A Track and Field meet is May 11-12 at Mike A. Myers Stadium on the University of Texas at Austin campus.

Colon floated in between the varsity squad and the JV team for the majority of the season. Until she decided to start achieving personal records (PR).

“At the district championship I PR’ed,” Colon said. “Then at area, I PR’ed, and then at [Class 6A Region I] PR’ed. I am hoping to PR at state as well.”

Coming off of a good cross country season, Colon had a good time trial for the track team, yet becoming the school record holder for the girls 800 was something unforeseen.

“She came out of nowhere,” Pointer said. “She got the school record [2:16.11] and is now going to state as a freshman. At regionals she ran the race of her life, it was fearless, she just went out there and ran and ended up breaking the school record.”

Walker is another young Coppell track athlete heading to state in the same event as Colon, yet Walker’s qualifying for state came down to less time than it takes to snap your fingers.

“After the regional race [Pointer] told me I had a really good time and would be in contention to go to state,” Walker said. “After the first two regions results were in I was [qualified] by a lot, but once the final two regions finished I ended up being the wild card and qualifying by .01 seconds.”

To go to the state meet you must be top two in your region, and after those eight are selected, the next fastest time or highest jump or longest throw is dubbed the wild card, granting one extra person the chance to compete for a state title.

Frank, a recent Louisville signee, qualified for state with a jump of 6’7”, just a quarter inch below his PR is looking for a state title to round out his final year

“I had a good season,” Frank said. “I did well at all the meets that counted, won district and area and hope to win state.”

For Frank, state is something he has been aiming for since the start of his season.

“Qualifying was a relief,” Frank said. “I am super excited for state to be my last meet in high school, this was one of the big goals I set for myself at the beginning of the season so it is cool to have achieved it.”