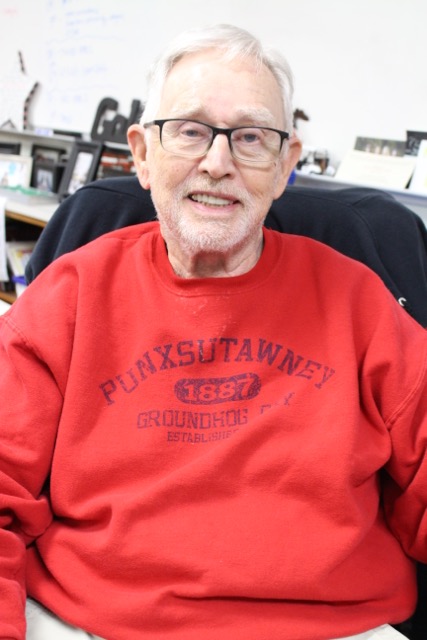 “All the council would get dressed up and go out to a little spot in the woods and get drunk there and so they’d make the announcement. I don’t even think the groundhog was real at that time. It’s not until later when the popularity kept increasing that they put a Gobbler's Knob on the mountain side because Punxsutawney is in the valley and then it got bigger and bigger and bigger. And when it falls on a weekend, all the colleges that are around [such as] Indiana, Clarion, [Carnegie Mellon], kids all come in because that’s their Spring Break so there’s maybe 40 [or] 50 thousand people in a town that’s now only six [thousand]. It was a big deal. We all knew what it was, it was a marketing stunt, but it was a very good marketing [stunt] because everywhere in the United States or in the world, they know about Punxsutawney once a year,” CHS substitute teacher Jim Moore said.