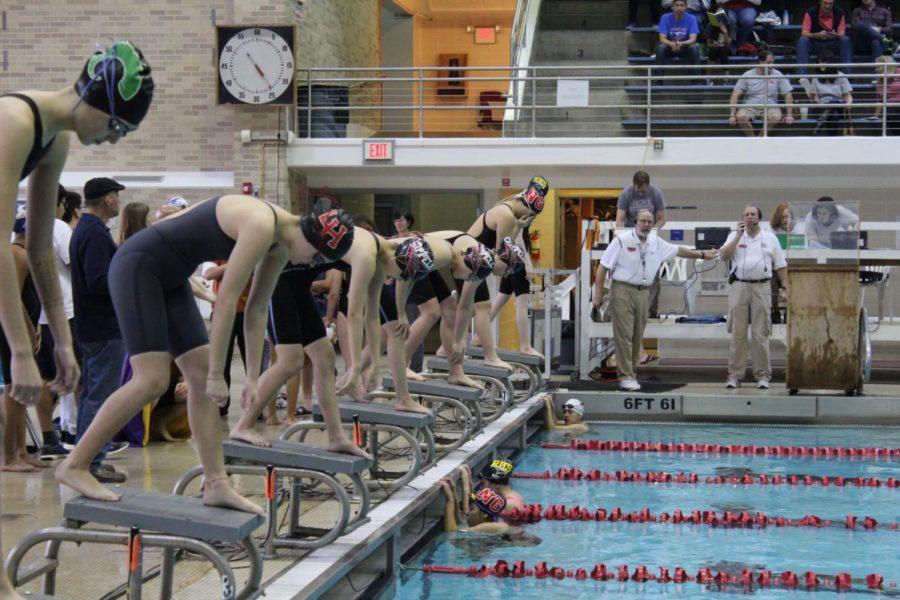 On Friday, Jan. 26, Coppell high school varsity swimmers competed at the districts meet at the Westside Aquatic Center in Lewisville, Texas. The Coppell swim team was able to surpass many previous school and district records and sent one swimmer on to state competition.

“This season has been really productive,” swim team captain Matthew Rodman said. “If you take where we were at the beginning of the season and see where we wound up, you can certainly see improvement.”

One swimmer, sophomore Johan Pretorius, became the first CHS swimmer in five years to represent his school at a state level.

“They did great,” Coppell swim coach Marieke Roberts said. “Several school records broken, six I think. We had an insane amount of personal best times throughout this season, far beyond expectation.”

The Coppell swim program, however, was not always as successful  as it has been since Roberts assumed the title of head coach prior to the 2016-17 season.

“Last year when I took over, the whole thing was pretty fractured,” Roberts said. “I sort of cleaned up and after a semester, they operated as one united team.”

Coppell’s swimming and diving program consists of four teams: JV 2, JV 1, Varsity B and Varsity A, with 57 swimmers and divers in total.

“[State competitions] went pretty well,” Pretorius said. “I may have been the only sophomore there. In a year or two, if I go back to state, I’ll be a real contender and have an actual shot.”

Pretorius finaled at state in the 100 backstroke and finished with a time of 51.4, shaving a tenth of a second off of his previous record of 51.5.

This year’s swimming season was the best season Coppell has seen in years.

“Right now, I think we’re in a good place,” Roberts said. “I’m very happy with the kids. We do a lot of good work in practice and if we continue to work hard like we do, we’ll do well in competition.”