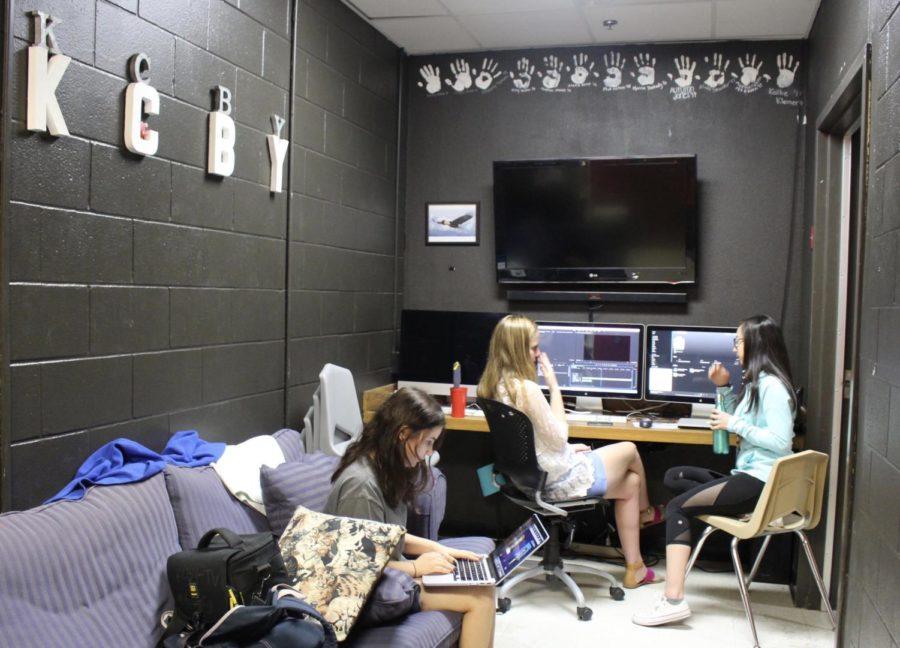 KCBY-TV has been awarded the National Broadcast Excellence Award Winner in the Weekly News Show category by the Student Television Network.

This annual competition recognizes six schools across the country as regional winners and for the first time, KCBY has won the first place award in its division nationwide.

Competitors submitted their best newscast to be critiqued by a board of judges and the national winners were announced at the STN Convention in Nashville, Tenn. on Saturday. The competition recognizes the work of scholastic broadcast journalism programs.

“Most of [the other competitions] select several winners who have made the mark and basically, if you met the standard,” KCBY adviser Irma Kennedy said. “This one has one winner for each category. So, this award says you’re the best newscast in the nation.”

Prior to this convention, KCBY was awarded the Southwest Regional Broadcast Excellence Award in February.

“It definitely reflects how much time and effort we put in. It makes everything feel like it’s been paid off,” senior program director Marissa Greene said.

Along with Greene, the student leadership currently consists of seniors Ashwin Suresh, Cole Calabro, Rachel Behrndt and Ashley Miznazi. The team has been at work since last summer.

“They work well as a team,” Kennedy said. “They’ve had some differences but they always remind each other of STN or Pacemaker. They keep their eyes on the prize and they achieve the task.”