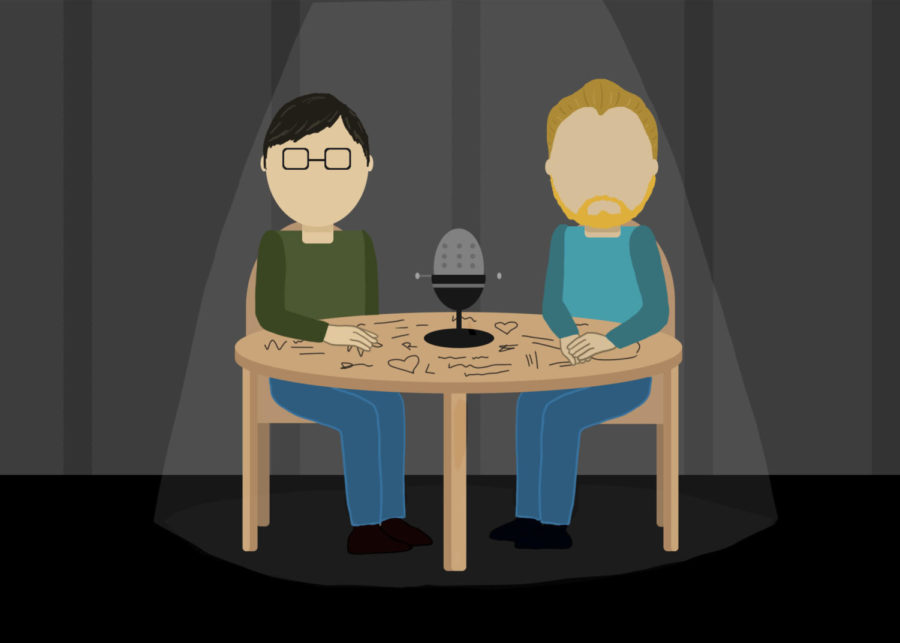 Youtubers Rhett and Link, who have been best friends for 34 years, hold a podcast called Ear Biscuits every Monday morning. During this podcast they talk in-depth about a variety of topics, making sure to connect with their audience as well.

Early every Monday morning, YouTube talk show “Good Mythical Morning” creators Rhett and Link record and release a new episode of their podcast, “Ear Biscuits”, in which they co-host an open conversation and “go down the rabbit hole” of an interesting topic.

Rhett and Link created this podcast in 2013 as an addition to their YouTube talk show in an effort to go more “old school” and provide their viewers and listeners with a way to get the “Good Mythical Morning” experience by way of audio only.

As a podcast and talk radio listener, I have found this podcast to be quite entertaining and yet therapeutic, as Rhett and Link will often cover topics that are both intriguing and useful to the audience.

Rhett and Link have been good friends since 1984, when they were forced to stay in their first grade classroom during recess for writing swear words on their desks. Throughout elementary school, junior high and high school in Buies Creek, North Carolina, the two were best friends and remained friends even through college at NC State. In 2011, released the inaugural episode of their first YouTube talk show “Good Morning Chia Lincoln”, which began a seven-year journey of uncontainable laughter and internet fame.

Most of the episodes last around 70 to 90 minutes. During this time, Rhett and Link will discuss a thought-provoking topic, tell a number of stories from different times of their lives and conclude the episode for the listeners in a way that answers the topic’s question and leaves room for thought.

“Ear Biscuits” has remained on the iTunes Top 40 Comedy Podcasts since its inception four and a half years ago and has had international success in countries such as the United Kingdom, Italy, Australia, Germany, Canada, Brazil and France. The reason for its great success most likely being their clever presentation of comedy and relaxing talk radio voices.

“It adds insightful commentary to real world events,” listener Coppell High School sophomore Ben Smith said. “Rhett and Link are able to actually discuss current affairs but present it in a witty and comedic way…it allows you to be well-informed and entertained at the same time, which is the genius behind it.”

The future of “Ear Biscuits” is certainly bright, as it is rated 8.6/10 on IMDb.

Rhett and Link released their 135th episode on Monday, and listeners can expect even more from Rhett and Link down the road. If you’re looking for a “therapeutic yet entertaining” podcast, “Ear Biscuits” is for you.