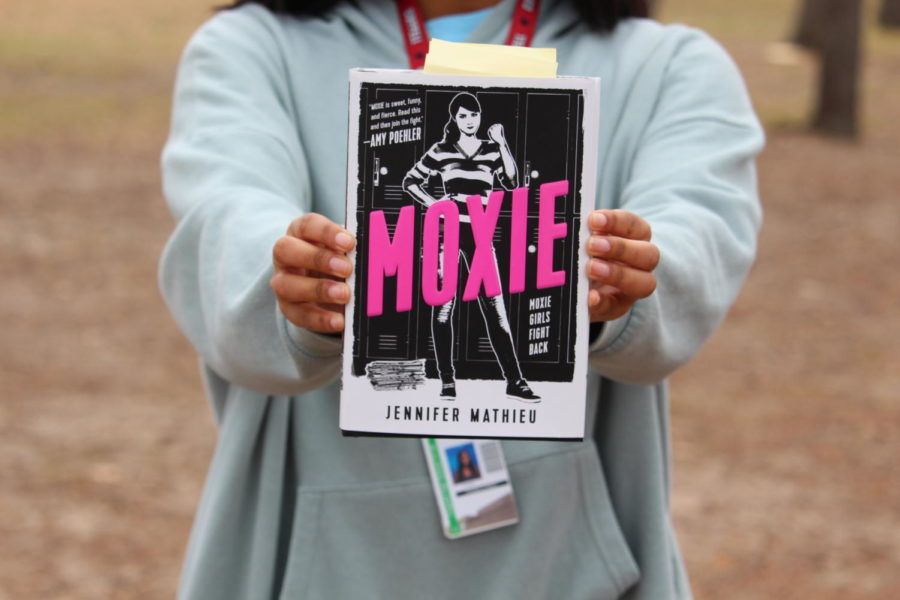 The Sidekick’s Wren Lee reviews Moxie by Jennifer Mathieu for the upcoming authors event at William T. Cozby Public Library on Feb. 24.. She also connects the novel with the Riot Grrrl movement, which is an underground feminist punk movement that originated in the 1990s.

Moxie is a young adult fiction novel written by author Jennifer Mathieu, who has written various other titles such as The Truth About Alice, Devoted and Afterward.

The book’s inspiration lies in the Riot Grrrl movement, a punk movement in the mid to late 1990s. The women of the movement combined punk and feminism to promote women in music and spread political ideas.

As a young adult fiction book, Moxie opens up the feminist movement to a new generation of readers as Mathieu wanted when she was first hit with a park of inspiration.

“[A young adult book] is a great way to reach out to teens,” Cozby Library and Community Commons librarian Sarah Silverthorne said. “It makes it relatable. These are controversial, tough issues. Putting it in a fiction books helps teens understand situations and hopefully makes people more empathetic towards the cause.”

“The book is important because it’s about empowering teens,” Webb said. “Teens should be willing to take initiative when things aren’t going right.”

One of the book’s main features is the zine Vivian creates, titled Moxie. One of the pictures in the zine features a young female boxer staring into the camera with her gloves up. This image is representative of the book as a whole: ready for a fight.

“There’s something about a woman being physical that we still see as weird or wrong,” Mathieu said. Our society is still uncomfortable about that. We are still sending messages to our girls that they need to be small and a particular kind of feminine, and I liked having this image that was not that.”

“One thing I’m inspired by with younger feminists today is the real push for intersectionality,” Mathieu said. “It’s a word we never used when I was your age. We can’t just talk about this women’s liberation in a vacuum for white women. We have to talk about what means for women of color, women who are differently abled and queer women.”

Moxie explores the small and large acts people do every day and proves why we need the current movement today. It is a book for the feminist inside each of us.