Four Songs, All Texan: A dive into the hearty sounds of Texas 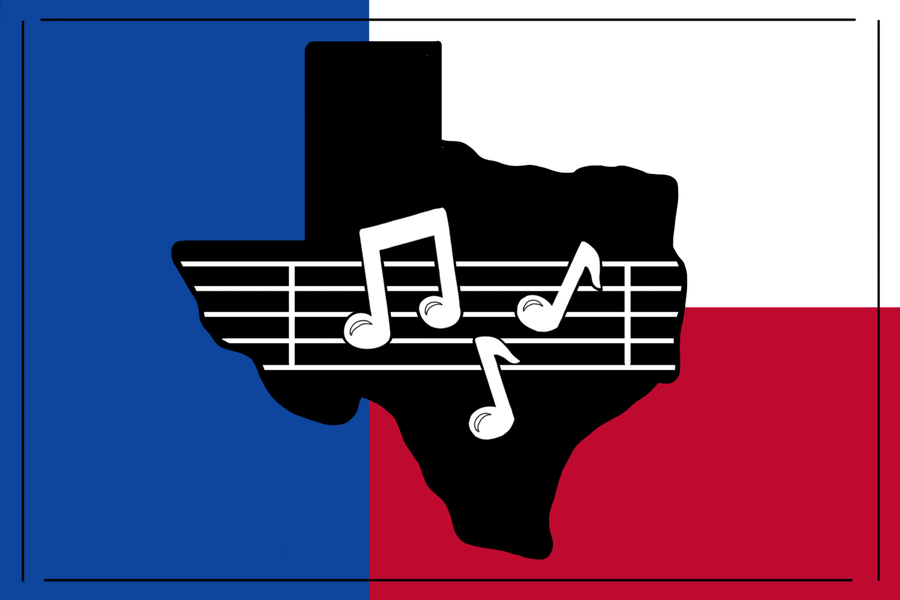 When it comes to music, Texas holds many talented artists with songs that represent the country well. Indoor Creature, She Sir, Pueblo and Kevin Abstract are some examples of gifted Texan artists.

Texas is a state that takes pride in its music. Genres of all types have each found their own audience in the vast expanse that is the Lone Star State. Austin is considered the Live Music Capital of the World. Boasting one of the largest music festivals, the city is no stranger to live music.

With an example of music in Texan cities, let’s focus on four songs from Texan artists who are on the cutting edge in sound and style.

“Dreams or Whatever” by Indoor Creature

Fittingly, Indoor Creature is a band hailing from Austin. Mixing elements from jazz and psych music, it crafts a smooth sound with each song. One could draw comparisons to BadBadNotGood and Tame Impala, but that would be doing a disservice to their unique style.

“Dreams or Whatever” is a recently released track that was accompanied by a psychadelic music video. Being such a new song, the following thoughts could be considered first impressions. Vocals spring in and out of a lush landscape consisting of dreamy synths and drums. There is a familiar and welcoming tint painting the song. That allows for the listener to fall into the three minute runtime.

In response to a tweet I shot at them, Indoor Creature said, “This one might be our new favorite.”

“It’s My Way Of Staying Connected” by She Sir

A little over 10 years old, She Sir’s “Who Can’t Say Yes” continues to be an underrated album in the shoegaze genre. Being another band from Austin, its rise reverberated in the hallways of the University of Texas. Foot pedals aside, the band crafted a focused and cohesive experience with their debut record. No song on the tracklist feels out of place.

“It’s My Way Of Staying Connected” is a seminal track in their aforementioned debut and the underground shoegaze scene as a whole. Drums start the song off with a sense of urgency. A buildup forces the listener down a narrow passageway of distorted guitars and hallowing vocals. There is a striking beauty to the madness. Eventually, the song peels away layers until it’s just a ringing drone.

Pueblo is an alt-country band signed to State Fair Records. Even though they are based in Brooklyn, Their heritage is rooted deep in the South. The emotional prowess of their “Boring the Camera EP” brings a raw tone to the commercialized country genre.

“Dictating Directions” blends a classic country formula with progressive songwriting and instrumentation. The song experiments with adding and subtracting constituent parts of common genres. Synths and backing vocals compliment the omnipresent acoustic guitar. In a wild departure from country, Shoegaze-esque distortion can be found at the tail end of the track.

“It is a relatively chill song due to the electric guitar and the way he sings,” Coppell High School sophomore Anjeanette Salcido said. “The lead singer’s vocals are laid back. He makes it a song you’d listen to when you’d want to escape into the world of music.”

Abstract is a hip-hop artist born in Corpus Christi. He is an artist who wants to make the listener a part of the experience. With two albums and a boyband under his belt, Experiences are what makes his music shine. “American Boyfriend: A Suburban Love Story”, his most recent album, plays like a 90s-tinged indie film.

“Tattoo” is a song that perfectly symbolizes what “American Boyfriend” stands for. Guitars, both acoustic and electric, guide a majority of the song and provides a tangy backdrop to Abstract’s vocals. He shifts from voice to voice, both singing and rapping. One word comes to mind when listening to this song: high school.

“The song is soothing and nice sounding,” CHS sophomore Vanessa Lozano said. “It’s a song that you would play while you are on a long drive… I see the appeal.”

Texas is a state that should be prideful in their selection of music. Spawning artists of all backgrounds, race and religion there truly is no better home for music than Texas.