Damaging, unrealistic portrayals of mental health in “13 Reasons Why” 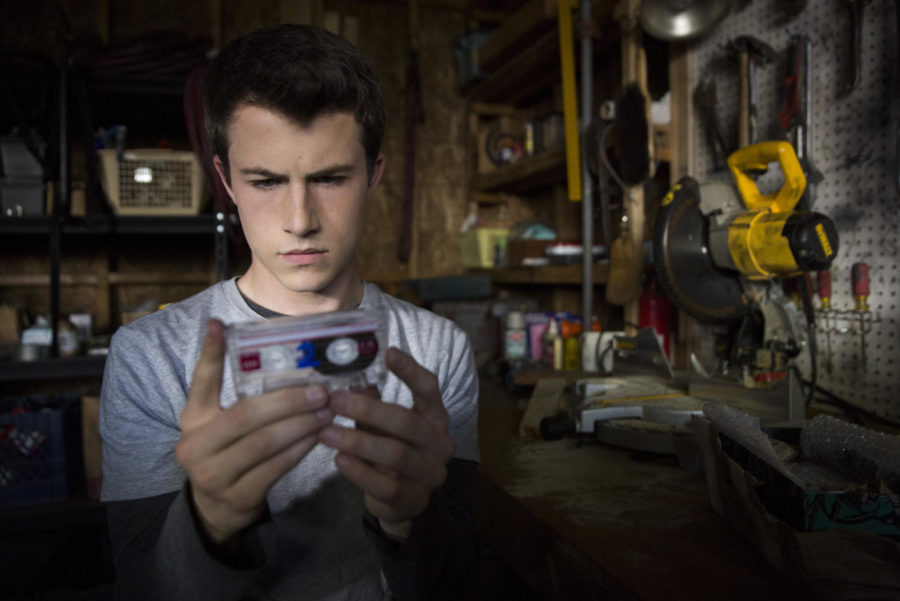 The Netflix original television show “13 Reasons Why” tells the story of a girl who leaves behind 13 tapes explaining why she commited suicide. The show’s protagonist, Clay Jensen, is featured on one of the tapes.

In the United States, suicide is the 10th leading cause of death, killing nearly 45,000 Americans annually. Despite this, the Netflix original show “13 Reasons Why,” which correlates with an increase in the number of times people searched “how to commit suicide” by 26 percent, has a second season in the works, planned to be released in 2018.

“13 Reasons Why” should not only drop this second season, but it should be taken off Netflix entirely. The show is damaging in more ways than one.

The story revolves around a teenage girl, Hannah Baker, who is driven to take her own life due to repeated bullying from peers. Before her death, Baker records 13 tapes, one for each of the 13 people who are the reason she commits suicide. Clay Jensen, Baker’s love interest, is one of the students featured in the tapes, although he has no idea why. Through these tapes, Baker causes turmoil in the 13 people’s lives, even causing one of them to attempt suicide himself.

Through nearly 13 hours of runtime, the show clearly stretches out Jay Asher’s 288 page novel of the same name – the source material it was based on. The story, which deals with an extremely sensitive topic, is turned into a commercialized teenage drama, complete with cliffhangers, plot twists and Tumblr posts “shipping” the suicidal protagonist, Baker, with her love interest, Jensen. This results in a glamorized version of suicide.

In reality, when someone commits suicide, their story is over. However, the show sends a very different message, with Baker still calling the shots through the tapes even after death; with the decorated lockers, loving speeches and increased attention; with her being the driving force of the plot, despite the fact that she no longer has a presence in this world.

Another issue with “13 Reasons Why” is it oversimplifies depression. The show barely dips its toes into the reality of mental illness, instead glossing it over with the message that bullying is bad.

“Depression is usually multi-faceted. You’re not depressed one hundred percent because of bullying,” Coppell High School AP Psychology teacher Jared Stansel said. “That’s a huge misrepresentation of the causes of suicide, and the many psychological variables that are involved.”

The show romanticizes blaming bullies for a suicide, and in turn attempting to avenge oneself  by bringing them down, as Baker does through the 13 tapes she leaves behind after her death.

One of the most controversial aspects of  “13 Reasons Why” is the graphic depiction of Baker’s suicide, which was far less violent in the book. The show’s lack of input from mental health professionals is clear through this decision, as many studies show that explicit portrayals such as this one increase suicide rates amongst viewers.

“It’s the social learning theory, which goes along the lines of monkey see monkey do: what we tend to see is usually what we tend to do,” Stansel said. “In the left frontal lobe we have mirror neurons, so when I yawn, other people will yawn. It’s the chameleon effect.”

In a Netflix special called Beyond the Reasons, Brian Yorkey, the “13 Reasons Why” screenwriter and show creator, attempts to justify the violence with honorable intentions.

“We did want it to be painful to watch,” Yorkey said. “Because we wanted to be very clear that there is nothing in any way worthwhile about suicide.”

However, the show contradicts itself by glorifying suicide through other means I discussed earlier. Additionally, the fact explicit scenes such as this one increase suicidal thoughts is too great of a negative consequence to be outweighed by the idea it may teach viewers to refrain from regarding suicide as worthwhile.

Despite the criticism about portrayals of mental health in “13 Reasons Why”, the cast and producers have suggested the show will not change to become less controversial during season two, and have even hinted the second season will delve deeper into these controversial aspects than the first season did, which is another reason season two should not be aired.

“I feel like if this is what we’re going to talk about, we might as well as do it in a way that’s honest, is real, and stays true to the book,” Executive producer Selena Gomez said.

However, many aspects of “13 Reasons Why” is the opposite of realistic. As aforementioned, Baker’s story is portrayed as if she is the main character, when in reality she is dead. While the graphic depiction of suicide may be realistic, violence is not the only way people commit suicide in real life; there was no reason to pick a bloody method over swallowing of pills, which is what Baker ends up doing in the book 13 Reasons Why, especially when Gomez claims the show wanted to stay faithful to its source material.

The fact “13 Reasons Why” is aimed at teenagers only worsens the consequences. According to the idea of crystallized intelligence, when people are young, they are more impressionable, because their neurons and brain still have the potential to develop. Because of this, they are more likely to be impacted by the show’s damaging messages.

In the final episode of the show, Jensen, played by Dylan Minnette, says, “I cost a girl her life because I was too afraid to love her.” These words are problematic because they imply Jensen had a responsibility to be in love with the girl who loved him in order to prevent her from committing suicide. This idea puts an unhealthy pressure on teenage boys, and opposes feminist ideologies by suggesting Baker needed Jensen’s love to be happy.

In one of the episodes, a side character with a history of self-harm says, “We all get through it. [Cutting yourself] is what you do instead of killing yourself.” Normalizing self-harm as if it is not a big deal is unacceptable; additionally, portraying the act as something strong people who “get through it” do is likely to have a negative impact on the audience. Cutting oneself should never be considered a good option or means of healing oneself.

“13 Reasons Why” is too damaging and dangerous to be allowed a second season. If a show chooses to deal with serious topics such as teenage suicide, it should execute the story in a way that accurately portrays mental illness, refrains from dramatizing a sensitive topic and saves lives instead of taking them.