Cowboys tip off season with close win against Marauders 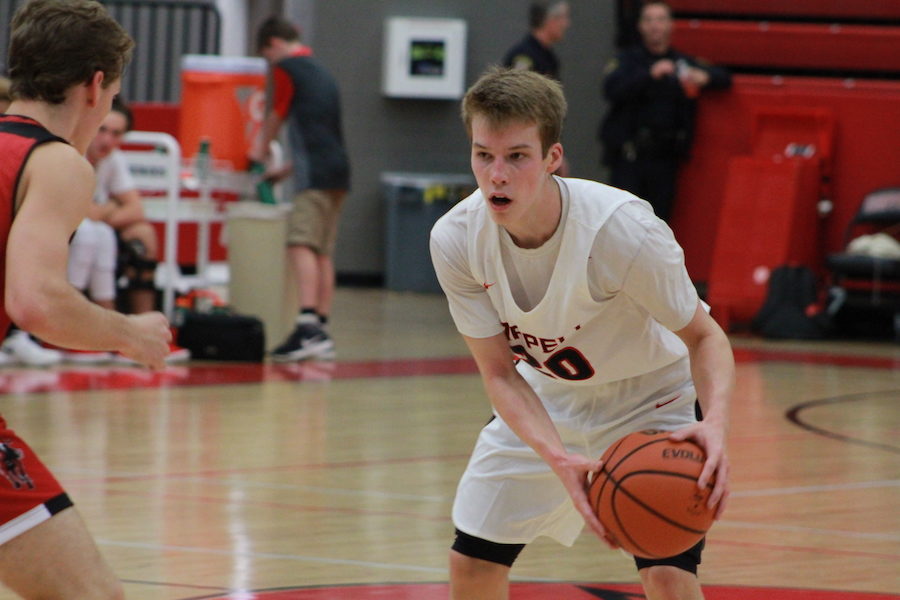 With both teams scoring 36 points within the first two quarters, last night’s basketball game was fast paced and competitive throughout. The Cowboys secured their first win of the 2017-18 season in a close game against the Marcus Marauders, 58-54, at the CHS Arena.

The teams proved to be legitimate competition for each other from the start, staying within around three points of each other throughout the first and second quarters, ending the first quarter 27-24 with Marcus in the lead and the half tied at 36.

However, throughout the game, the team struggled with several missed layups, sometimes consecutively, which kept the Cowboys from taking a larger lead earlier on.

Though the team came out with the win, Coppell coach Kit Pehl thinks there is work to be done to improve the players’ overall performance. According to Pehl, the team has to work on building chemistry in order to make smoother plays during games, which can only come through experience.

“I just don’t think we have a very good flow right now,” Pehl said. “There’s a lot of guys that aren’t used to playing with each other and in big minutes and true competition, we have to figure out flow and who is going to do what and when they’re going to do it.”

The Cowboys will host the Coppell Tipoff Showcase tournament from Nov. 16 to Nov. 18 in the CHS Arena and auxiliary gym. For the schedule, check coppellathletics.net.