CHS sees a decrease in participation at homecoming over the years 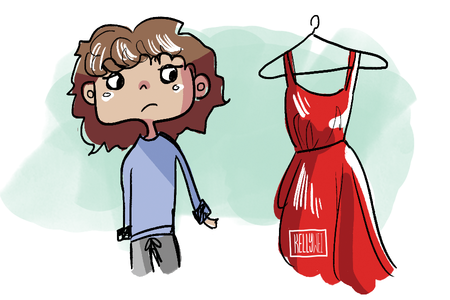 In the past few years, CHS has seen a decline in participation at homecoming. Many students participate in “NOCO” meaning they still get dressed or plan something with their friends, but it is unrelated to the dance.

Traditionally, homecoming is pictured as a time of dressing up, going to dinner and then heading to the dance along with all of the other students at your school. At Coppell High School, however, this image is a bit different.

According to Student Council, of the approximately 3,700 person student body at CHS, 665 students have bought tickets to the dance, making current homecoming participation about 18 percent.

In a matter, of a year, the homecoming participation rate has gone down greatly. CHS Student Council Sponsor Lucy Grimmett projects that about 800 students total will attend the dance tomorrow, whereas last year, attendance was approximately 1,200.

“I [graduated] CHS [in 2013], but it used to be a different demographic,” Grimmett said. “There are different values and things that parents are used to, so that may affect turnout.”

Many students dress up and take pictures with their friends, but they opt out of going to the dance. Instead, they will go out to dinner or hang out someplace else. Others opt out of taking pictures and going to dinner altogether, and instead will have some sort of get together that is unrelated to the actual dance.

In either case, these students are taking part in what is known as “NOCO,” meaning they do something the night of homecoming that does not involve going to the dance.

There are many reasons why students decide not to go. The homecoming dance takes place at Dallas Market Center, making it about a 30 minute commute from Coppell to the venue. For many, organizing and finding rides to the dance can be seen as somewhat of an inconvenience.

Cost is another factor. Dressy attire, dinner, gas money spent driving to the dance and the homecoming ticket itself all adds up, making the outing more expensive than many would prefer.

These expenses, however, are characteristic of all high school dances, making the problem at CHS deeper than surface level.

“Our school spirit is lacking, which is sad, because band and drill team and cheer and football and others who are involved put so much work into their performance or game Friday night,” CHS Red Jackets sponsor Aylor Rix said. “If we don’t come together as a school and support different groups, it’s kind of doing a disservice to them.”

Going through the week of homecoming, the actual turnout at the dance seems a bit confusing. Many of the students who exchange mums, go to the homecoming parade, partake in the pep rally and sit in the student section for the football game are nowhere to be found at the homecoming dance. It is as if some of the most involved students interests are elsewhere when it comes time for the dance.

“It’s sad because [students] are not going to get the full high school experience,” Grimmett said. “It is kind of a downer because they are going to miss out certain things, like the photo booth, all of the desserts and the chocolate fountain. There are a lot of cool things that happen at homecoming itself that they’re not going to be a part of.”

Another reason may lie in the fact that CHS is known to be a more academically rigorous school, creating a shift in focus amongst its students.

“[Students] are so focused on their grades and getting high scores, just like when we had PSAT this week, that they are not really caring about the outside of school aspect and making sure they have fun and experience what high school is supposed to be,” Grimmett said.

Participating in homecoming is an act of school participation, as it brings students closer to their student body. Plus, it is a great way to have fun outside of the traditional school atmosphere.

Even though high school is a time to work hard and get good grades, it is important that we take a break and enjoy the little moments because they come and go quicker than many realize. Whether it be going to homecoming or just participating in school activities in general, doing so provides students memories that they can cherish later on in life.