New iPads for sophomores bring up questions at CHS 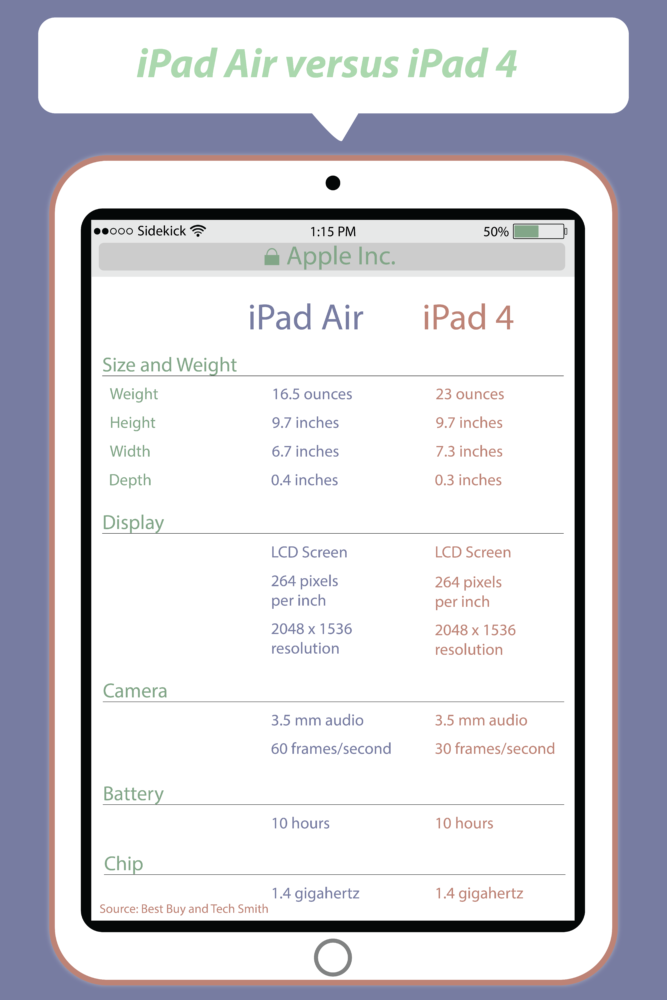 Starting this year, 10th graders are receiving new iPads. The iPad Air, which is the newest one, shows very little change technically and physicall compared to the older one, the iPad 4.

An email was sent out to all Coppell High School sophomores on August 21st, informing them that they would be receiving new iPads. There was also a list of instructions on how to properly backup their former iPads.

However, no explanation was given for the reason behind this change, and why it was only sophomores receiving them.

Sophomores are receiving iPad Airs, while the remaining grade levels are using iPad 4s. The differences between the two devices are minimal.

As far as technical differences go, however, there are only a few. the Air weighs 6.5 less ounces, captures 30 more frames per second and is smaller in width by .6 inches.

“[I don’t] think there is much of a difference,” Coppell High School sophomore Banen Alabudi said. “I would be perfectly fine without it.”

According to Stephen McGilvray, the executive director of technology at Coppell ISD, this is a part of the new iPad Sustainability plan, in order to keep the 1:1 initiative working.
The 1:1 initiative, or CG3 initiative, is the program that CISD created in 2013, in which all students in CISD, fourth-12th, receive one iPad per student, in order to assist with their learning.

While this plan has been in effect for sixth graders, this is the first time it has been brought into the high school.