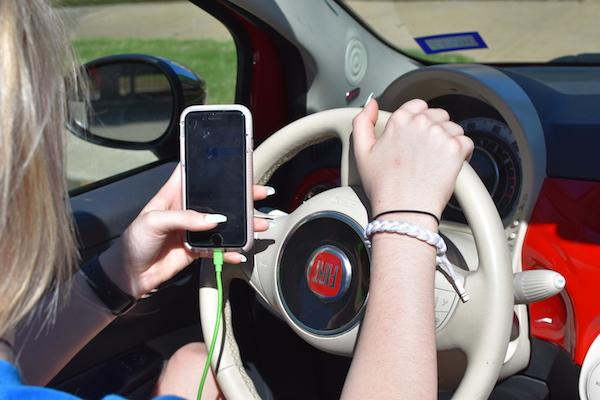 Starting today, texting and driving is officially banned throughout the state of Texas, a change which affects students and faculty at Coppell High School as well as citizens throughout the community.

Before the implementation of this ban, drivers under the age of 18 were already prohibited from using wireless communication devices while driving, so most student drivers are not affected by the change. However, seniors and faculty who drive to and from the school on a daily basis may need to alter their driving habits.

This is a change that many throughout the state have been waiting for for several years. It is the fourth time the state tried to pass a ban on texting and driving, with efforts beginning in 2011 when the Texas legislature passed the ban before it was vetoed by then-Governor Rick Perry.

Those violating the ban can be fined up to $99 for the first offense and $200 for the second. CHS Student Resource Officer Chris Cobb hopes it will prevent not only students, but also adults from texting and driving.

“It’s not solely directed at teenagers because there’s a lot of people [that text and drive] so hopefully it will crack down on a lot of them,” Cobb said.

For more information on the ban, read the story by Sidekick student life editor Farah Merchant.