When two roads diverged in a wood 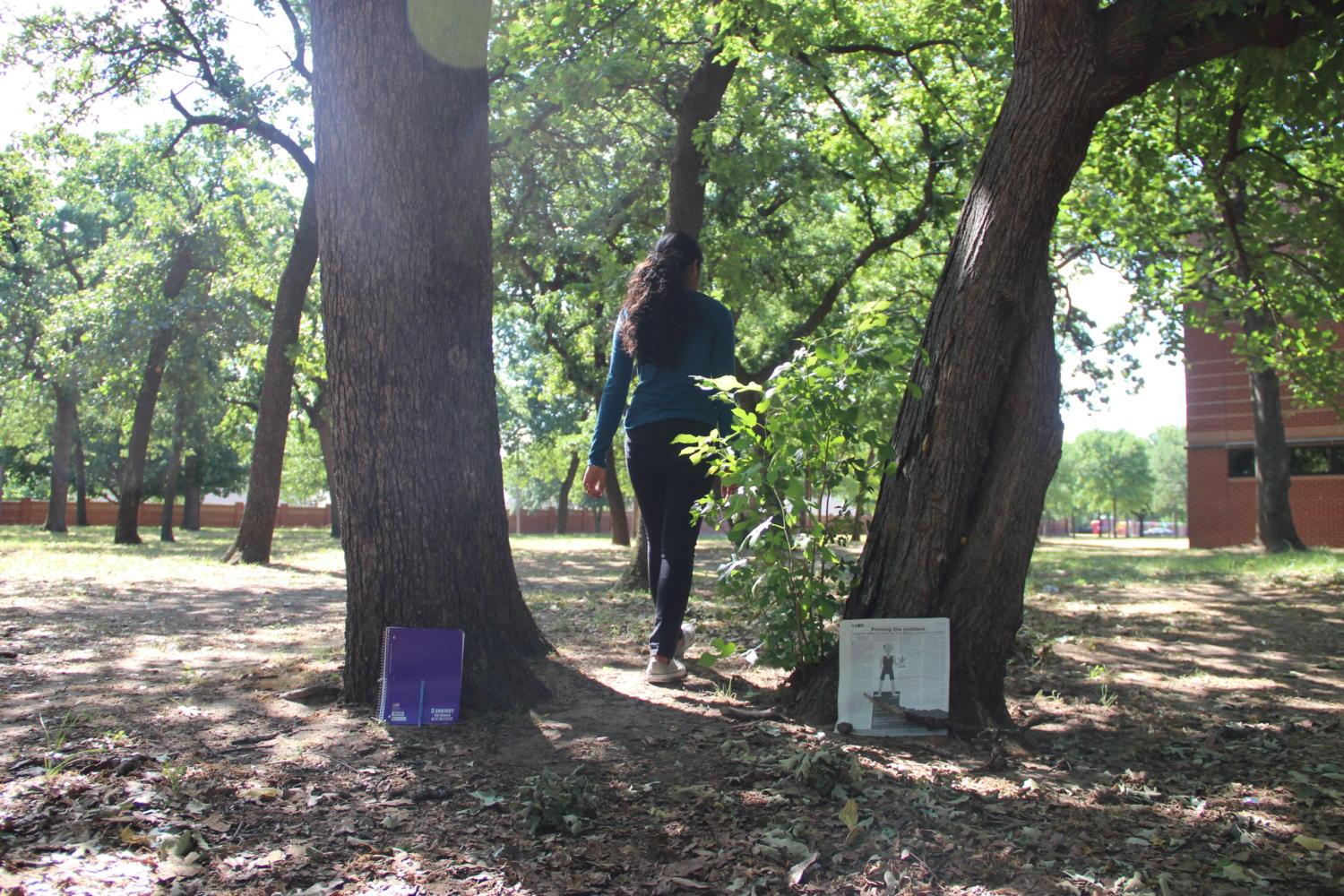 After being on The Sidekick newspaper for two years, Srivastav reflects on her journey and personal transformation as a writer. Initially torn between choosing ‘Creative Writing 1’ and ‘Newspaper 1’ as a writing class before her junior year, the now soon-to-be graduate is grateful for the choice she made to become a high school journalist.

When reporting your first news story for a high school newspaper, it is probably best to start small. Maybe a student club meeting or a dissection being performed by an anatomy class, but definitely not interviewing a United States representative and vice-chair of the Democratic National Committee.

Unfortunately, that is exactly what I did, as a first year staff writer for The Sidekick newspaper. I had an assignment to cover a fundraising dinner held by a charity organization, featuring special guest Hawaiian Congresswoman Tulsi Gabbard, who was famous, intimidating, and obviously a perfect candidate for my first interview.

In my understandable nervousness, I called Gabbard’s 2014 trip to India to meet Prime Minister Narendra Modi a ‘quest for Hinduism’ during the interview, committing a journalist’s worst crime – getting my facts wrong.

Fortunately, 1) things got a little better from there, journalism wise, 2) she probably does not remember me and my embarrassing blunder, (hopefully), and 3) the experience made for an interesting premise of a future story’s lede.

Evidently, I was not a born journalist. Before the school year began, in fact, I had stood at the equivocal part of life poet Robert Frost once described as where “two roads diverged in a yellow wood”. See, I had the choice of filling my last open class with either ‘Creative Writing I’ or ‘Newspaper I’, and being a born creative writer, it was easy for me to go with the former. But alas – I took Frost’s words to heart, and signed up for the uncharted journalism class. I chose the road not taken.

In the beginning, this particular road and I had some friction between us. I was a creative writer, and I would have nothing to do with the mundane occurrences of everyday school life the newspaper was compelled to report. I wanted color, bursting, effusive color, not black and white and shades of gray. I wanted things to be imagined and dreamt, not recorded and transcribed in plain, unembellished words. I refused to meddle with the small.

I am not sure when exactly I stopped looking down at high school journalism that first year. Maybe it was the time I sat down with a boy from my precalculus class in a hallway for a story on Asian LGBT communities, and he told me about how he would rather die than come out to his grandparents as bisexual.

Or maybe it was late night one Tuesday, after a city council meeting, when the mayor  complimented me for being ‘eloquent’ after I interviewed her. (That sure was a boost after the whole stuttering fiasco with Ms.Gabbard.) Perhaps it was the time I spent lunch in the janitor’s room and one of the custodians told me about her life – in Spanish, so the head janitor had to translate for me.

But I do know that, somewhere, somehow, (plus the rest of the five W’s of journalism), I began to almost love it.

All my life, I have been shy, never one to initiate conversations with strangers or even just spend much of my free time with people I know. Yet here I was, immersing myself in lives all over the community, mustering the courage to say ‘excuse me’ and ask for interviews from people I would not even have made eye contact with otherwise.

And I loved it.

I was still a little afraid – even now I am, occasionally – but there is nothing more worth the fear than having someone open up to me. Having them spill a part of their life and become vulnerable to share their story. That is what I fell in love with.

Sometimes, I don’t know what to say to people after hearing their story; to the photojournalist who told me about the time he travelled to Iraq in 2002, and its enduring trauma, to the African girl who shared her memory of the first time she was called a racial slur in America. But I guess it is OK, because that’s not the job of a journalist, to have a response; the job of a journalist is to listen. And there is such joy in being given the privilege to just listen.

I have finally learned to appreciate the beauty in unembellished words, and in real stories without a tinge of fiction. Those are some of the most powerful stories. As a journalist these past two years, I am so grateful to have been able to share those stories, the small and the big.

This coming year, I will not be studying journalism in college. I will be taking some creative writing courses. But I also plan to be on the newspaper. I guess it’s a good compromise, profound metaphors and succinct headlines. The best of both worlds of words.

Around two years ago, two roads diverged in a wood. I took the one less traveled by. And – as dear Frost said – that has made all the difference.