Live-action adaptation of Beauty and the Beast recaptures Disney magic 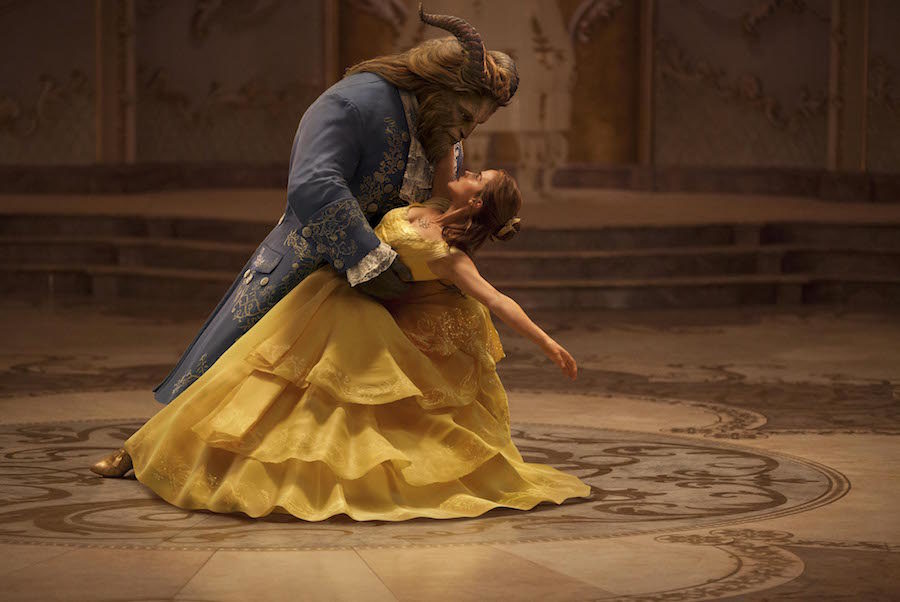 Disney’s live-action adaptation of Beauty and the Beast premiered on March 17. The film, directed by Bill Condon, stars Emma Watson and Dan Stevens in the title roles with music composed by Alan Menken, Howard Ashman and Tim Rice.

The “tale as old as time” premiered on the silver screen again on March 17, in live-action form. Directed by Bill Condon, the film stars Emma Watson, who plays Belle, alongside Dan Stevens, who plays the Beast.

The film does not stray too far from the 26-year-old animated classic, as many of the details, both major and minor, coincide with the version we have watched so many times before.

However, there are a few scenes that are in the new film that are not in the animated version. For instance, the 1991 animated version barely references Belle’s mother whereas in the live action movie, Belle and the Beast take a trip to Paris where she learns about her family’s past.

The addition of these scenes add to the story, rather than taking away from it. By showing audiences an intimate scene between the characters and their parents, the movie is able to give the main characters more depth and emotions.

Other characteristics, such as the diversity of the cast, are also distinct from the animation. While most of the characters in the animated movie are caucasian, the cast of the new film was more diverse, including characters of different races and sexualities.

For me, live-action remakes of classic Disney stories have failed to reach their potential for one reason or another. They have not recaptured the well-known Disney magic that viewers always hope to find while watching these films. However, after watching Beauty and the Beast, this completely changed.

From Belle’s iconic yellow gown embellished with gold glitter, to the Beast’s captivating blue eyes and long horns, the film is just as magical as I anticipated, especially when paired with the musical score, composed by Alan Menken, the original composer.

Instead of replacing the original score with modernized music, the movie features three new songs written by Alan Menken and Tim Rice. These additions enhance the classic story further, making it even more sensational.

Emma Watson, an already well-known feminist, portrays a commanding performance of Belle both perfectly and naturally. With her skirt tucked in and her inherent knack for innovation, contrary to the animated version where Belle’s father did the inventing, Watson and her character represents feminism without being too adamant or “in your face”.

The Beast’s transformation from a dark, hateful monster who has lost all hope to a soft, romantic who’s learned to care again was touching and feels more authentic and real compared to the animated version. The film handles the Beast’s character growth in a realistic, adult way.

Luke Evans, who plays Gaston, one of Disney’s infamous villains, brings the character to life, making him more diabolical and wicked in the 2017 version than the previous. His villainous actions are less humorous and more intense.

The storyline itself is much more realistic compared to the animated version. Other than having real actors enliven the characters, the cinematography and set design actualizes the fairytale-like elements of the love story.
Overall, the latest adaptation of Beauty and the Beast lives up to the expectations, maybe even exceeding them.