Are the Oscars still #SoWhite? A look at the progress diversity made this year 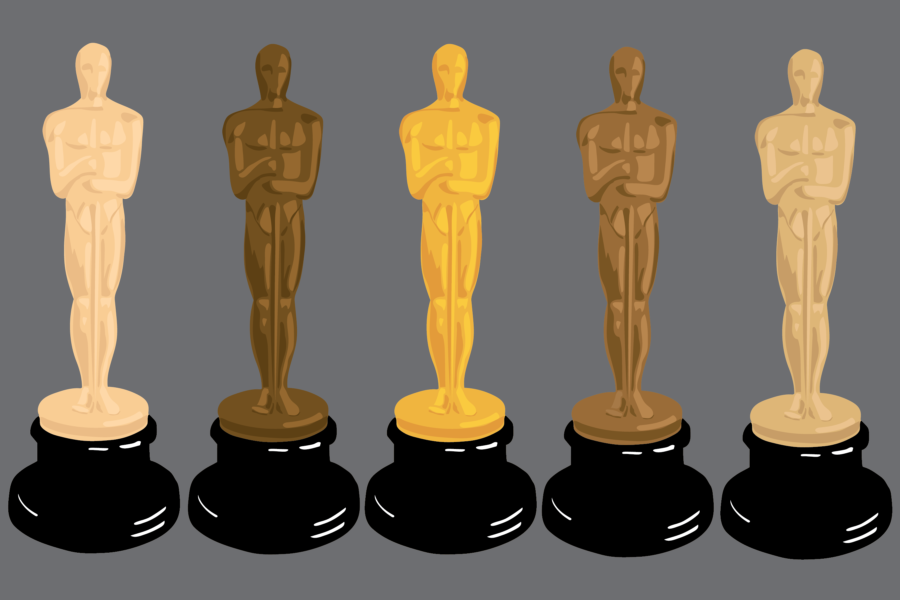 The 89th annual Oscars was held on Feb. 26 at the Dolby Theatre in Hollywood to honor and celebrate the best films of 2016. This year’s Academy Awards uniquely awarded a variety of actors, actresses and writers of color, embracing and promoting diversity in the film industry. Graphic by Elena Gillis

“We will not forget you.”

Moonlight. A film detailing the childhood, teenage adolescence and adulthood of a young, black, gay man living in Miami.

To narrate the struggle of these three marginalized identities in one movie, is in itself demanding of recognition. However, Moonlight, is not an issue film mainly about race or sexuality.

It is a story about identity. A challenging piece that encourages viewers to reflect and change assumptions previously held about characters. A story that prompts human empathy and introspection.

This year’s Best Picture went to a film telling a powerful story and exhibited excellence in writing and technique – all while normalizing the inclusion of diverse characters and concepts. A perfect example of needed diversity at the awards.

The gracious passing of the Oscar from the hands of Fred Berger producer of La La Land , to one of the very few African American writer-director duo’s was a memorable moment.

The Academy may have put to rest, at least for this year, the hashtag #OscarsSoWhite. Seven people of color were among the 20 acting nominees.

Obviously, there has been greater visible diversity. But before anyone rushes to bring down the curtain on #OscarsSoWhite, we must reflect on its original purpose.

The hashtag, coined by writer April Reign, was created to bring light to an industry-wide problem when it comes to telling diverse stories on screen.

So while this year’s nominations beautifully reflect the black experience, the underrepresentation of all other minority groups remain.

Diversity is much bigger than just black or white.

Diversification in film will see true growth, when films are made displaying the Latino or Asian experience, a differently-abled superhero, or when romantic comedies starring LGBT+ members, for example, exist.

The call for diversity also extends to the roles people of color take on, and are made available to them.

Nominations this year show a high concentration of films in which people of color play roles romanticizing their racial struggle and past.

So while this year’s Oscars made progress in the fight for greater visibility, this was only a small step forward for recognizing people of color in film, we must not believe the fight has ended.

It has only begun.