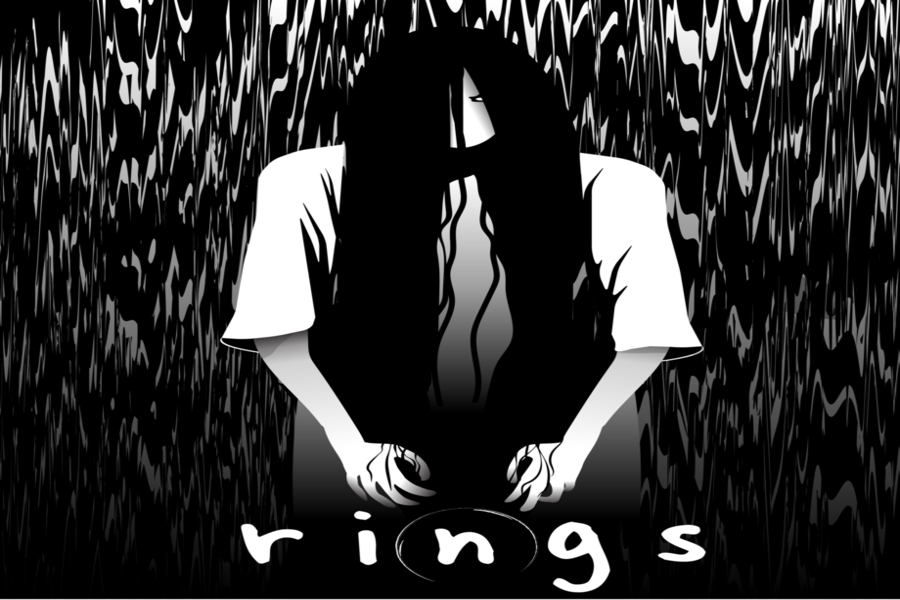 In a fight for protagonist Julia to save the lives of everyone she loves as well as her own, Rings encompasses the desperation between life and death that is brought on by a cursed VHS tape. The continuation of the original film series, beginning with The Ring, 2002, has not been received nearly as well, with a score of six percent on Rotten Tomatoes.

Considering the wide appraisal of the 2002 film The Ring, my expectations were high before watching the 2017 reprisal Rings, directed by F. Javier Gutierréz.

The movie opens with the protagonist, Julia (Matilda Anna Ingrid Lutz), who decides to take on a curse that has been inflicted upon her boyfriend Holt (Alex Roe) through a cursed VHS tape. True to the original movies, whoever watches the tape has seven days left to live, unless they pass it on to another person to watch.

While Rings is enjoyable, there are times where I dozed off and didn’t seem to miss anything noteworthy. The few jump scares are predictable and besides the acting from Lutz, many of the performances are mediocre.

Gabriel (John Galecki), Holt’s professor, is shown watching the tape and then the movie just cuts to the part where he is nearing the end of his seven days and has compiled enough research and information on how the curse of the video works. The audience is not shown the process behind his inquiries but he seems to have a lot of knowledge on the subject when the protagonist is in a time of desperate trouble. Pretty convenient.

Not all parts of the movie are unenjoyable. For someone who has not had much experience watching horror movies, this is a great starter movie to delve into the genre. However, being a frequent audience member to similar movies, this film does not really present something new.

The predictable scenes where the main character walks towards the danger and the part where the boyfriend magically knows where his girlfriend is and comes to save her are all included in the film. Overall, the movie leaves me unsatisfied, knowing I wouldn’t be having flashbacks in my head at night.

Coppell High School sophomore Faith Hong, who is not an avid scary movie watcher, has a different opinion.
“Usually scary movies don’t really have a basis and just throw jump scares in with a little bit of a plot, but I feel like this one had a little bit more of a story where the audience could understand what was going on instead of just being scared the whole time,” Hong said.

While the majority of the film’s acting was not anything special, Lutz stands out in the movie as Julia because she presents herself as a courageous hero in order to save her boyfriend; her chemistry with Roe is wonderfully displayed onscreen. Because of her acting, it is not hard to imagine that they were actually living in that world filled with scares and mystery.

It rains throughout the entirety of the movie except for around the five minutes when Lutz and Roe are introduced. That unique detail really set the mood of the entire movie with the dark shadowing of the colors and blue-green cinematic tint in every clip.

Opinions of this movie differ based on if you frequently enjoy horror movies or not. For someone like me who is not easily frightened and has watched a good amount of horror movies, I would give this film a two out of five for its scare factor.

In Rings, there are not many signs given to the characters to signify their death in seven days, whereas in the 2002 version The Ring, the characters would see rings everywhere like on random people’s shirts and would find themselves absentmindedly drawing a ring on their paper during class.

Nonetheless, it is fairly enjoyable to watch and I recommend it to the people who are looking for a starting point within the horror genre.