Letting go of fear to explore something new 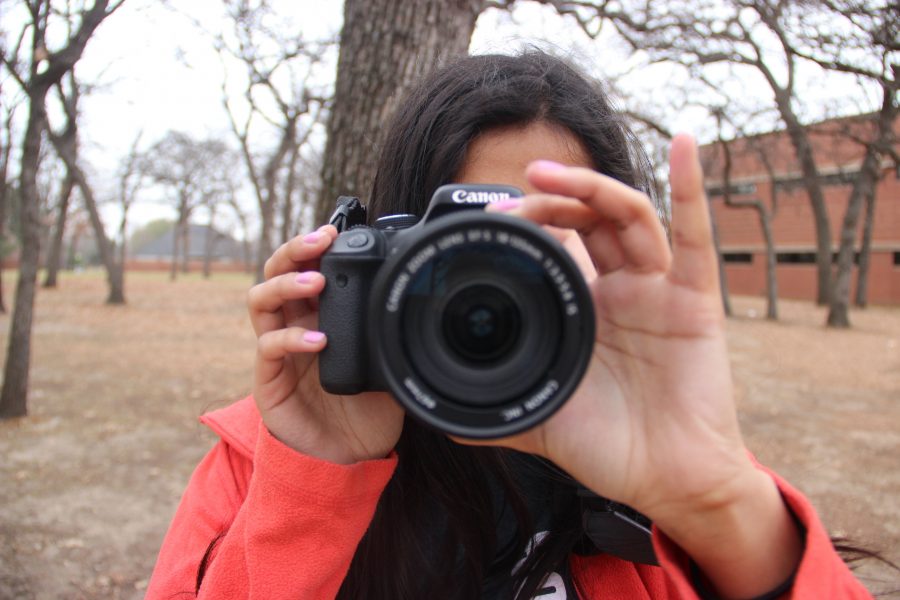 Coppell High School junior staff writer Fiona Koshy makes a goal to try two new hobbies, photography and piano, this year. She lets go of the fear that is holding her back so she can pursue the things she enjoys.

We have all, at some point or another, picked up a new hobby or explored a different interest. Whether it has stuck or not, pursuing something different pushes one’s boundaries, encouraging them to go outside their comfort zone.

As people grow older, however, this can become a daunting task. What was once just stepping into an exciting, new club or class is now walking into the possibility of failure and judgment, which manifests itself as fear.

This fear is what holds so many people back, myself included, from trying new things, simple as they may seem.

Looking around, it can often be discouraging to see others who are around the same age as you excelling at a particular sport, instrument or activity. Rather than using others success as motivation, people can often fall into the toxic trap of comparing themselves to others, further discouraging them from pursuing an interest.

After all, the idea of picking up a hobby that someone your age has pursued since an age you can count on one hand can seem a bit harrowing.

In the end, however, the only thing that is keeping people from trying something new is the restrictions that they have fenced up around the idea of even pursuing it.

These mental limitations act as a safety net for people to fall back on in order to justify why they refuse to step outside their comfort zone.

When I was little, my parents signed me up for everything from A-Z, but I never ended up sticking to one hobby and growing in it for a steady amount of time. As I grew older, this experimentation among new fields of interest gradually came to a halt because I used my age as a reason why not to chase after something new.

Rather than let fear hold me back, I have set out to try new things this year, particularly piano and photography. I have realized that there is nothing wrong with jumping into something new, as only a few years ago I would have found it fun and exciting to do so.

From evolutionist Charles Darwin to wedding dress designer Vera Wang, many of the world’s most talented people only discovered their calling later on in life. If they had not gained the courage to try new things, the world would be much different today.

The hardest part of trying something new is starting, but once you get over that initial fear it is all worth it. You will enjoy yourself so much more playing in the game than you would sitting on the sidelines.

People who engage in a variety of different experiences are more likely to absorb positive thoughts, minimizing the negative ones.

Changing the purpose of your goals can also encourage you to trying something new. The goal of trying something new should not be to become the best at it, but it should be to do it because it makes you happy. Looking at others around you as part of your team, not your competitors can further motivate you to pursue your interests.

“You can learn new things at any time in your life if you’re willing to be a beginner,” life coach Barbara Sher said. “If you actually learn to like being a beginner, the whole world opens up to you.”