Solari comes up big in first district win over Jesuit 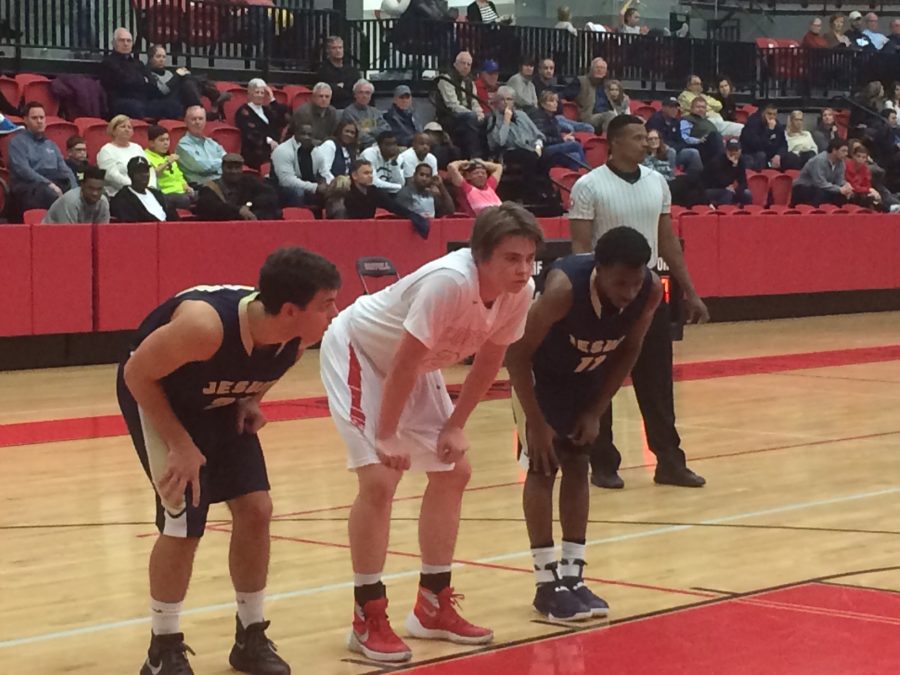 Senior forward Jackson Solari gets set before a free throw during Coppell's 58-53 victory over Jesuit on Tuesday, December 20. Solari had his best game of the year, scoring 17 and rebounding well.

After making his return from an injured hand several weeks ago, Jackson Solari has not played up to his own standards. But on Tuesday night, the senior forward made his return to the floor known in a big way, leading the Coppell Cowboys basketball team (7-7 overall, 1-0 District 9-6A) to a 58-53 victory over Jesuit (8-5, 0-1) at the Coppell High School Arena.

“It’s really been a struggle the past couple of games knowing that I’m not playing to my full potential,” Solari said. “For me to get to play my best game in the first district game, it was a great thing. I’m happy for my team to get the win.”

Solari was a force in the paint throughout the game, finishing with 17 points. He was consistently able to find space on the inside to get high-percentage looks at the basket. But more than that, he fought for positioning and rebounds the entire night, controlling the Jesuit centers on the boards.

“He’s almost like a point forward,” Coppell coach Kit Pehl said. “He’s under control, and strong and gutsy and he just battles. He makes toughness plays, and with a team that has a lot of finesse like this, you need toughness and man, he was big tonight.”

For the Cowboys, it was an efficient night offensively after a rocky beginning to the game. Coppell went down 8-0 midway through the first, but after good ball movement, got off open looks at 3-pointers to trim the margin to 13-12 at the end of the first quarter.

“Our guys did a great job of staying with the gameplan and not panicking,” Pehl said. “We knew they could really shoot it, and they shot it really well early, but we adjusted to the speed of what they do and how perimeter-oriented they are. As the game, went along, I just gave our kids credit for grinding.”

In combination with Solari, Marshall played a big factor on the boards for Coppell, where they limited the Rangers’ ability to get more possessions in key situations in the game.

“Keeping them off the offensive glass and [limiting] second chance points [was big],” Solari said. “Also, being there to prevent three pointers, they’re a great shooting team.”

While Jesuit was still able to shoot the ball fairly well, the Cowboys shut down Jesuit’s ability to get high-percentage shots off, forcing the Rangers into contested 3-pointers and tough looks. And when a team is playing as well as it was on the low post, paired with great defensive effort, it is very hard to beat.