Learning about sports columns at my first convention

Doyel: a short punch is a powerful punch 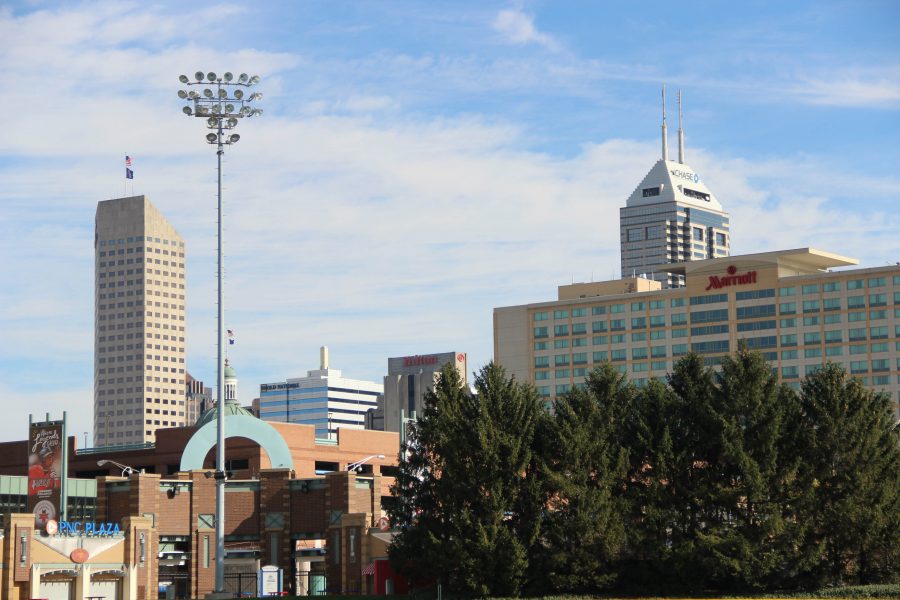 Student journalists from across the country gathered in Indianapolis from Nov. 10-12 to deepen their knowledge at the JEA/NSPA Fall High School Journalism Convention. A variety of sessions revolving around different aspects of journalism were offered to high school students who attended the convention.

INDIANAPOLIS – Indianapolis Star sports columnist Gregg Doyel sat on an A-frame ladder on Friday morning with a wireless mic and did what he does best, say it how he sees it.

Instead of his audience hearing his voice in the newspaper or on indystar.com it was a group of student journalists during the 11 a.m. session at the JEA/NSPA Fall National High School Journalism Convention at the JW Marriott.

He doesn’t do anything but play with his cats and watch UFC all morning and afternoon, it is when night starts his day begins.

The second he gets to the arena or stadium, he becomes immersed in his work.

“You better be an expert on your topic that day,” Doyel said. “There are fans at home or there that are experts and will expose you.”

With TV and Twitter, no sports fan wants to read what they just saw. His job is to give them a different view that they might not have thought of before. To do this, he uses his unique perspective to observe the sidelines and the atmosphere of the field or locker room, while also looking inwardly to see what he thinks.

He does not write gamers, you cannot get over 90,000 followers on Twitter for stating what happened, he channels whatever he feels or thinks through the storytelling that his medium allows. These deadline stories he describes as “punt returns in football” either you hit a home run or you go to the hospital.

“Every columnist ends up in the hospital once in awhile,” Doyle said.

Doyel is known for churning out content like no other, and he keyed those into attendance in on a few strategies but emphasized to always “start with your best info, but don’t run off a cliff by the end.”

This falls in line with Doyel’s key point: make it concise. His analogy was to the infamous six-inch karate punch, a column that is short and loaded with “meat” or information creates the greatest effect on the reader, within the meat is the optimal place to intersperse a writer’s opinion. The reader will hear the writer’s voice and not even know it.

After packing the story with as much applicable information possible, he then takes it a step further by cutting 10 percent of the words.

“If you aren’t looking for stuff to cut you won’t find it,” Doyel said. “But every piece can be tighter and more to the point.”

A columnist takes a reader where they cannot go and shows them something that they do not know; something Doyel, and now every student in the session strives to do.