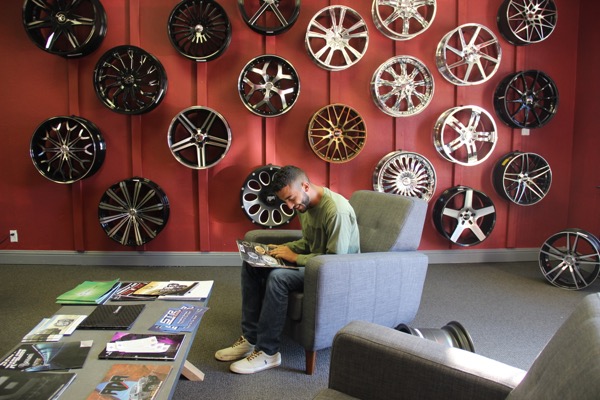 Twenty year-old University of Texas at Arlington student, Ahmad Haj, helps Waseem Atteyah facilitate the store by organizing the prices of the different designs of the wheels and rims. Metroplex Wheels and Tires is located on 1218 N. Belt Line Rd., Irving, TX 75061 and is opened Monday through Saturday at 9 a.m. to 7 p.m.

A Road to Success

From a typical Coppell High School junior to a successful CEO of his own car business, Waseem Atteyah and two of his close cousins, Ahmad Haj and Umar Aouda, opened the doors of their new business, Metroplex Wheels and Tires on Oct. 7.

The business began when Atteyah, Haj and Aouda came up with idea of selling and financing wheels and tires overnight. The process took only two months to formulate a plan, finding a place to rent, and getting proper paperwork completed to officially open their business. Costs and profits are evenly distributed between the three business partners.

“We used our savings,” Aouda said. “No loans, no parents, no nothing.”

The business sells a set of rims that ranges from cheap to costly prices depending on the brand of the wheel. It also supplies your cars with the choice of hundreds and hundreds of luxury styles of wheels and tires.

“[The grand opening] was an absolute blast,” Atteyah said. “We had lots of customers coming in, trying to get quotes on wheels and tires. It was a day to remember.”

He recently decided to transfer from CHS to Turning Point at Victory [email protected], which allows students to work an accelerated pace academically to achieve a high school diploma. Atteyah often manages school and his work at the same time. He also planned to graduate early to gain proper education in college and then focusing on his business.

Atteyah spent his childhood collecting Hot Wheels including varieties of rare vintage car models to trendy sports car models. Eventually, he began to have an obsession over cars which lead him to where he is today.

“I was inspired by his work,” CHS junior Sara Pulido said. “He used his strong passion to really turn things around for him. I envy that.”

He has changed the visions of many people with his efforts of creating a successful business at a very young age. He wishes to gain more awareness of his new company, also hoping to expand the business in the future.

Metroplex Wheels and Tires is located on 1218 N. Belt Line Rd. in Irving and opens Monday through Saturday at 9 ~ 7 p.m. 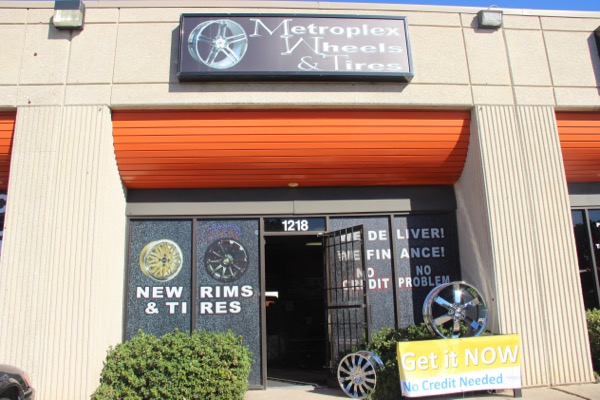