The evolution of the English language 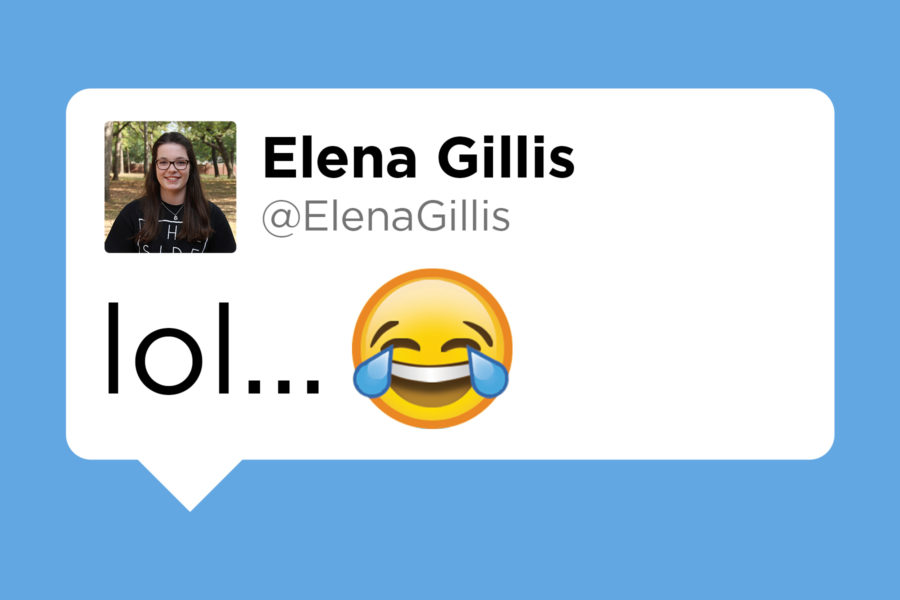 The phrase once meant what it literally stood for- “laugh out loud.” It has now taken on a whole new meaning of simply a filler, or an acknowledgement that something was mildly amusing.

This brings us to a whole new question- why? What happened that caused us to adapt our written communication? What was so wrong with the way it was before?

The fact of the matter is that the majority of our communication now is written. The Internet has enabled us to communicate instantly with people all over the world.

This, however, can pose a problem. Primarily written communication makes it difficult to convey tone and hidden meanings behind the words that would be prominent if two people were having a conversation in person. In order to convey these tones, people have tweaked the way they write to one another.

The frequent misunderstanding of emotions behind words has even given rise to a new sort of language- emojis. In 2015, the “😂” emoji, more commonly known as the the tears of joy emoji, was named word of the year by Oxford Dictionaries. Other competitors included “fleek” and “lumbersexual”, both words that only came into existence only recently.

Emojis are so widely used and are able to transcend through language barriers, making them perfect to effectively communicate emotion.

CHS sophomore Robyn Li is able to use emojis to communicate with her family that lives abroad. “When I text my family in Hong Kong, I don’t have to text in Cantonese all the time,” Li said. “I can just use emojis and they are able to understand what I’m saying.”

The current generation has become fluent in a whole new type of English- one that is the product of the generations before us and will continue to evolve after us. This change is not a bad thing- we are growing.