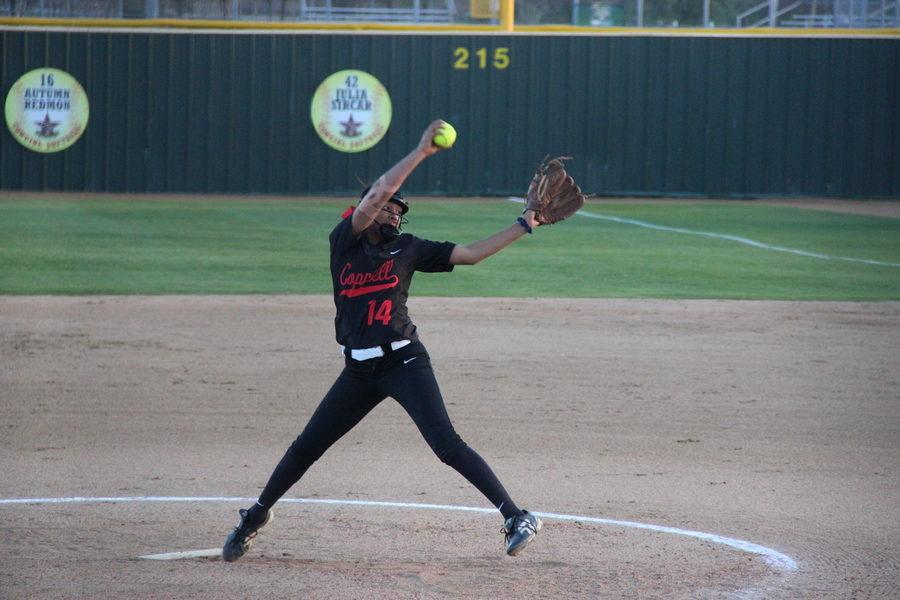 Being a freshman in high school isn’t easy. You have to adapt to a new school, new teachers, and likely a lot more students in the hallways. This transition can be especially hard if you’re the varsity softball ace and have your whole team depending on you.

However, Nora Rodriguez made it look easy.

As a freshman Cowgirls pitcher, Rodriguez pitched in every single district game. During the season Rodriguez lead the Cowgirls in ERA, strikeouts and mound appearances. Rodriguez’s best game came against Haltom in March, when she allowed zero runs and recorded eight strikeouts in five innings. Rodriguez ended the year with 104 strikeouts and an ERA of 3.94.

Though all season Rodriguez made it look easy, she’ll tell you that was far from the case.

“The games were a lot longer, I’m only used to playing four innings and now it’s seven innings, so I had to build a lot of endurance and stamina,” Rodriguez said. “I wanted to get as many strikeouts as possible, and limit the amount of walks, and just try to get more outs”.
The poise that Rodriguez showed all season was phenomenal, as becoming the varsity softball ace as a freshman was very impressive. Congratulations to The Sidekick’s Freshman Athlete of the Year, Nora Rodriguez.