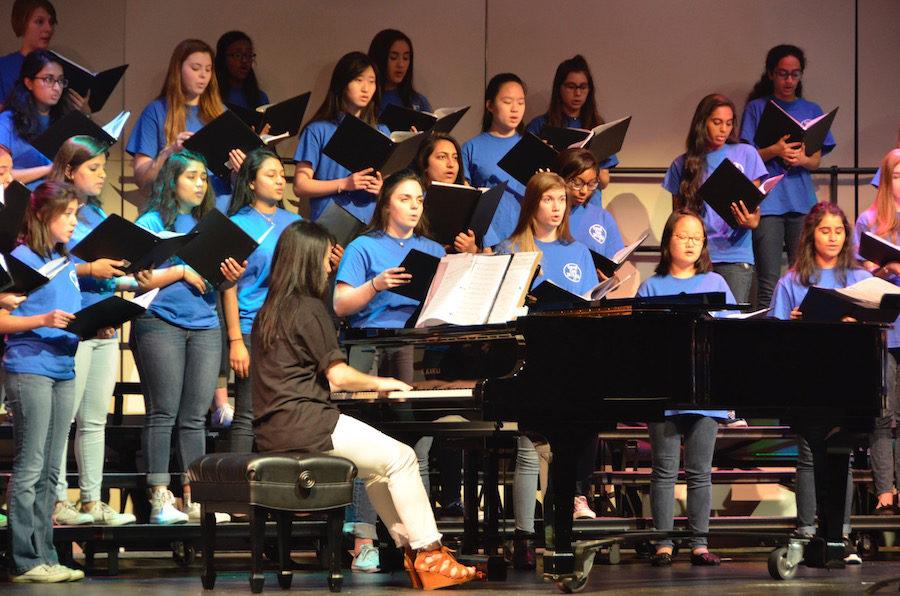 The audience continued filling in the seats of the Coppell High School auditorium as the lights dimmed down, signaling the start of the concert.

On Tuesday the different CHS choirs came together one last time to perform in the Spring Pops Concert, the final show of the year.

The concert began with the Men’s Choir performing “Hey There Delilah” and “Carry On My Wayward Son”.

Next, the show choir Vivace! came onto the stage wearing their red, black and white costumes. The group amazed the audience by performing the song “Applause” which they also sang in their recent concert.

As the show choir exited the stage, Bella Voce started to enter the stage, preparing to perform the next song.  The choir stood on risers and sang “Fix You”.

Bella Voce stayed on the stands as next choir, Kantorei, came onto the stage. Both choirs performed a mash-up of the song, Just a Dream.

“[My favorite piece was] the ‘Just The Way You Are’ and ‘Just a Dream’ mashup,” CHS sophomore Kantorei member Jessica Humen said. “It was really fun because it came from Pitch Perfect.”

After the piece was finished, Bella Voce left the stage, leaving Kantorei alone to perform “The Hanging Tree”, the famous song from the popular series, The Hunger Games.

“It was short and a little low for my vocal range, but singing it together with the other voice parts truly sounded amazing,”CHS junior Kantorei member Tara Park said.

As the audience applauded, Kantorei exited the stage as the final choir, A Cappella, came onto the stage. The first song they performed was titled “Ner, Ner”. The group continued to mesmerize the audience as they sang their next song called “Make Them Hear You.”

The final song of the concert was “Let the River Run”. One of the choir directors, Casey Carruth, joined in on the performance by accompanying the choir on an instrument. The concert ended as the audience clapped and cheered for the different choirs that have performed.

“It was good,” CHS sophomore Kantorei member Yessica Chong said. “I enjoyed it since all the music was pop, instead of the normal, traditional choir music we have to sing.” 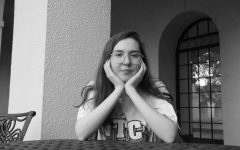 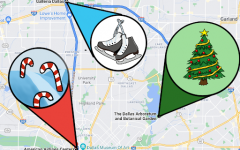 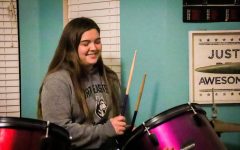 Gamborino becoming her own individual through extracurriculars