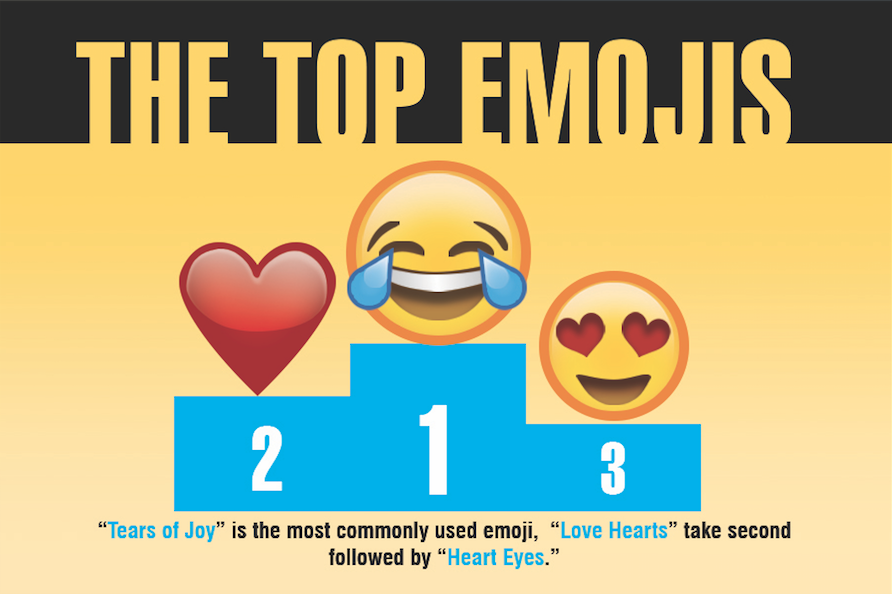 Most people understand the universal language of emojis. The smiling face is typically meant to convey happiness or satisfaction; the crying face mimics grief or discontent. Most obvious, perhaps, is the red, irritated-looking face with eyebrows drawn down into a scowl: anger.

“It’s a little ridiculous that nowadays I could send a ‘mad’ emoji to someone and they would have a real reason to believe that I was actually angry,” Coppell High School sophomore Stephanie Wendt said. “We’ve taken that to the extreme. [Emojis are] a big part of our culture now, and they can be both a tool and a weapon.”

Picking the perfect emoji has become almost as important as choosing the words accompanying it. Using the wrong emoji can be disastrous for a relationship, causing tension, fights and breakups. An emoji choice can change the overall context of a message. However, sending an emoji-less text can suddenly make everything a lot more serious, or make the sender seem robotic.

“Sending an emoji can completely alter how someone sees a message,” CHS sophomore Taylor Leathers said. “One emoji can start an entire fight between friends, but not sending an emoji does the opposite. We don’t want to get to the point where we’re thinking that if someone doesn’t use emojis, they must be mad. But I think we’re already there.”

In certain situations, emojis distract from the problem at hand. It is better to take time to resolve conflicts face-to-face, rather than with smiley faces through a screen.

“People shouldn’t use emojis when they need to work out a situation,” Leathers said. “People need to sit down and talk out problems. And if they need to text about it, they should actually discuss the issue, not just use emojis.”

Emojis saturate the text messages of many, and the teenage population is well-known for its emoji use.

So when should emojis be used, and when is it inappropriate?

“Sometimes [emojis shouldn’t be used] if you’re talking seriously about something,” CHS AP World History teacher Chris Caussey said. “In a text sometimes you’ll get 10 to 20 [emojis], and that’s a lot. I’m OK with one of them, but I don’t use them that much personally.”

As emojis become more commonplace, society continues adapting to align with the digital tool. Emojis are currently being used as proof in the court of law – a text message or tweet containing the bomb, knife or gun emojis, for example, can be enough evidence to convict someone of threatening a school or other organization. Some newspaper headlines and stories contain emojis alongside the letters, creating a simpler and more interactive version of the text.

“I feel like in our generation we’re always trying to figure out ways to make communication easier,” Wendt said. “I think, especially with our generation, that we’re going to continue advancing in the ways we use emojis. I feel like it could be a tool for little kids, like babies and toddlers, to start learning about language and communication. I mean, who knows what the future will bring?”

Whether for better or worse, emojis seem to be the way our social interactions are heading.
“The emojis kind of go off of what our actual expressions are,” Leathers said. “Sometimes it’s just so much easier to communicate emotions by putting an emoji, and that’s kind of what the 21st century is all about, just making things easier. Emojis have done that.”