Social Studies: the more the merrier 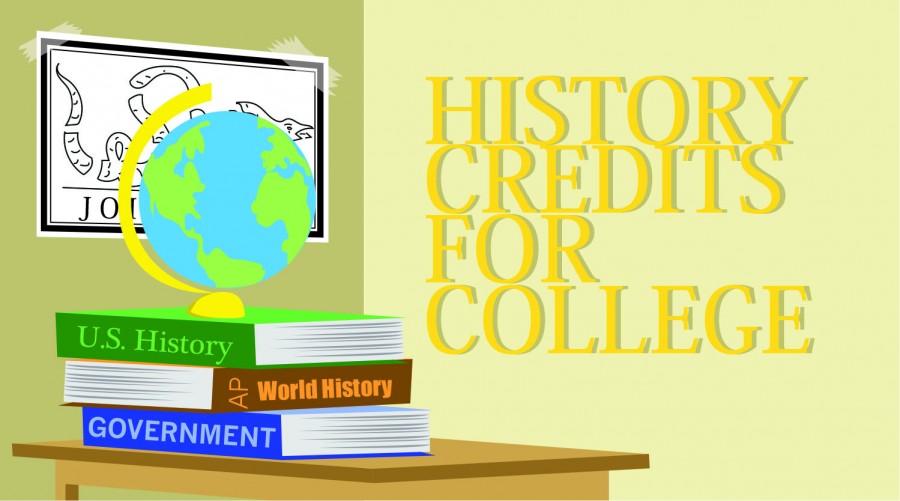 With the arrival of endorsements through the implementation of House Bill 5, the classes of 2018 and 2019 are experiencing a new series of regulations for their high school courses.

Along with other changes, students going into the Public Service, Fine Arts, Business and Industry and Science, Technology, Engineering and Math (STEM) endorsements are not required to take four years of history courses.

Since only the Multidisciplinary endorsement requires four years of a history, some students in the other four endorsements chose not to take a history class freshman year. While this seemed like a good idea at first, many students were not aware of the potential repercussions down the road.

“In my opinion, [not requiring four years of a history for all students] was not a good decision in terms of looking past high school,” Coppell High School counselor John Crook said. “If a student didn’t take a social studies one year, while it may not necessarily make or break [their acceptance], it could be a factor in the [college] admissions decision. So we’ve gone [back] to recommending that students take all four for a couple reasons- one is for college purposes.”

When it comes to the number of histories they plan to take over their years at the high school, some students were unaware that it could affect them later on.

“I’m in the Fine Arts endorsement, so I don’t have to take four histories. I am happy with my decision, but I wish I had known when [I planned out my courses] that a fourth history could help [my college application],” CHS sophomore Destiny Foster said.

Students who did choose to take a fourth history mainly did so because their endorsement required it. They, too, however, were not always aware of how this decision could benefit them later.

“Both [of my kids] are in the Multidisciplinary endorsement, so they’ve taken four histories from the start,” Marla Williams, mother of CHS freshmen Ethan and Evan Williams, said. “I don’t know why Texas dropped those requirements for some of the [endorsements]; I think most colleges expect [students] to take four histories.”

Future freshmen will select an intro course for an endorsement area of their interest, although they will start in the default Multidisciplinary endorsement. As sophomores, they will officially move into the endorsement of their choice or remain in the multidisciplinary area. In all cases, it is recommended to take four years of social studies.

“To take some of the pressure off of having to figure out a four year plan, go ahead and choose an intro course in an area that you’re interested in, look at it, and then if that’s something you want to do an endorsement in we’ll switch you over to that endorsement,” Crook said of next year’s freshmen class. “This allows students the freedom to explore in high school, which we feel as counselors is a very important thing. Even when a student goes to college, most colleges don’t require students to choose a major until later, so why are we asking eighth graders to make a decision that you don’t have to until you’re 20 or 21 years old?”

But for students that already skipped that freshman-year history, or are planning on not taking a year in the future, it is not that easy. While the student will still qualify to graduate with a CHS diploma, their application may not be as competitive as those of students with four history credits. Plus some schools, like Louisiana State University (LSU), require that their students apply with four history credits.

Highly competitive schools especially would like to see more than three years of history. Stanford’s admissions website states that its most competitive applicants are those that have taken four years of history classes, while Columbia’s website recommends three to four history courses in preparation to apply.

In the past, Texas schools such as the University of Texas at Austin have required a minimum of four history credits to apply. Although their website has yet to be updated, they no longer require both of the world courses, [World History and Human Geography], that were previously necessary. Like UT Austin, Texas A&M has changed their admission requirements from 3.5 history credits to 3 to accommodate students graduation under the Texas Foundation Plan.

“We asked [UT Austin] if students were going to be at a disadvantage competitive-wise and they said no- we got that in writing,” Crook said. “Still, I can’t help but think if a student doesn’t have [these histories], it is going to hurt them in being a competitive applicant there.”

While it may be more difficult for students not on track to take four histories to get caught up, those who want to increase their application strength can still do so.

“If a student didn’t have any at all in ninth grade, they could look at a summer program, like through UT Austin- the only problem with that is it’s very expensive; it’s about $600 to do that,” Crook said. “Another option is to double up one school year, without having to spend $600 to do that during the summer.”