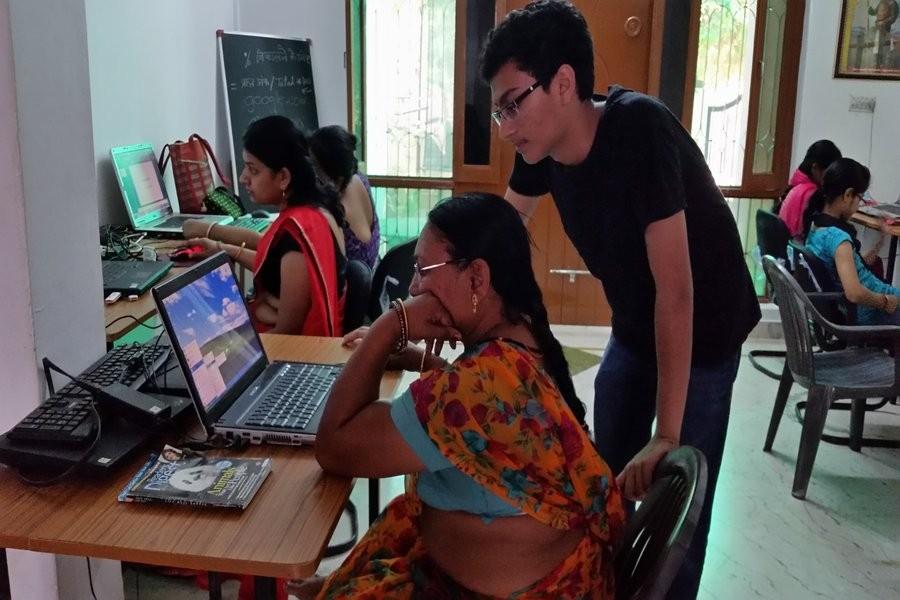 Sophomore Pranjal Jain helps teach the basics of a computer to people who come to the computer lab. Photo courtesy Pranjal Jain.

During the summer time, many students just want to relax. However, Coppell High School sophomore Pranjal Jain has come a long way by spending his summers giving back to his community in India.

When Jain visited his grandmother’s house in the summer of 2011, he got an idea that would significantly help people improve their technological skills.

“[My grandmother] had a maid who brought her son along with her,” Jain said. “One day, I was playing on my laptop, and her son usually came and sat by me and he wanted to know how to use it because he wanted to play too. So I started teaching him and I realized he learned how to use the laptop really really fast. I thought ‘There must be a lot of kids like him who have the potential to earn but they don’t have any equipment.’”

In late 2011, Jain’s friends and him began collecting laptops and money. Jain got five laptops and about $700. With that, in the summer of 2012 Jain setup a lab in a small village, Dangi Ki Hunder in Udaipur, Rajasthan, India.

“The first time he brought up the idea in 2011, his dad and I were astonished,” mother Ishita Jain said. “We thought it was a great opportunity to not only enrich others but to also enrich Pranjal’s character.”

Jain taught 12 kids for two weeks about computer basics such as Microsoft Office and how to browse the internet. 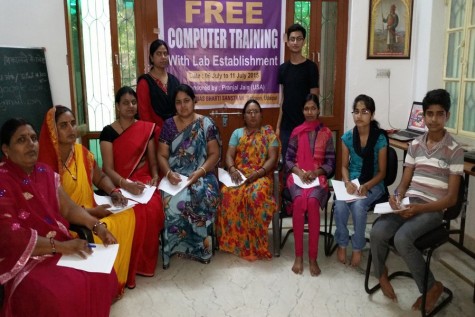 “It was a really successful thing; kids from other villages started coming too,” Jain said.

Mrs. Jain and her husband,  Pranjal’s father Vinod Jain, have also helped him to create the computer lab. Not only did Mr. and Mrs Jain  help their son with transportation to and from the lab, but they also helped him develop his confidence.

“We encouraged him to follow through with his idea and did not let him give up,” Mr. Jain said. “The first time he set up the lab in 2012, he was very shy and had trouble teaching a large group of kids. As a result, [we] acted as his audience the night before and had him practice on his public speaking skills.”

Because of the success the lab earned in 2012, Jain went through to create another lab in the summer of 2015.

To get space and other necessary funds, Jain teamed up with a non profit organization, Manas Bharti Sansthan, for help. When Jain is in the United States, his grandparents usually go and check in to the labs in India. The computer labs are open from 8 a.m. to 8 p.m. and people who sign up can come in and learn for free.

“It’s just me right now,” Jain said. “I hope people read this and contact me with donations.”

According to Jain and his parents, donations are hard to get to setup the lab, however, that did not hinder Jain.

“We supported [Jain] by not letting him get discouraged and presenting him with more ideas on how to acquire more laptops and money,” Ishita said. “We made sure he would not give up on his idea.”

Jain’s World History teacher, Chris Caussey, is also proud of Jain’s achievement and how much he has contributed.

“It’s great that Pranjal could go over to India and form positive relationships with people and actually teach them how to use computers,” Caussey said. “I think it’s great when you have people from different countries sharing different ideas being positive and working hard to improve lives.”

In 2012, [Jain] received a letter from President Barack Obama acknowledging his volunteer work and congratulating him for his hard work. 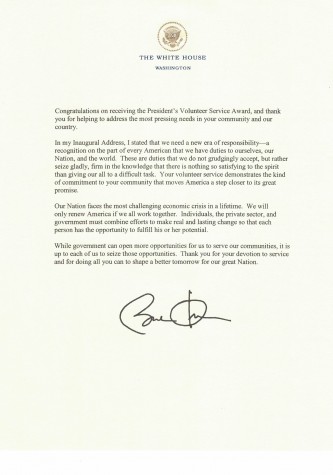 “This letter motivated him to volunteer even more and caused him to further grow as a person,” Vinod said. “I’ve noticed that ever since he started this project, he has been more focused and more observant about his surroundings.”

Jain has received many thank you letters from students regarding his work, which inspired him to go further.

“Through college I plan on going back and forth to set up even more labs,” Jain said. “This can be training to know how to use a computer, which would be really useful to get a job. I want it to keep expanding.”

To donate to or contact Jain, visit his website, where you can also view his past projects.