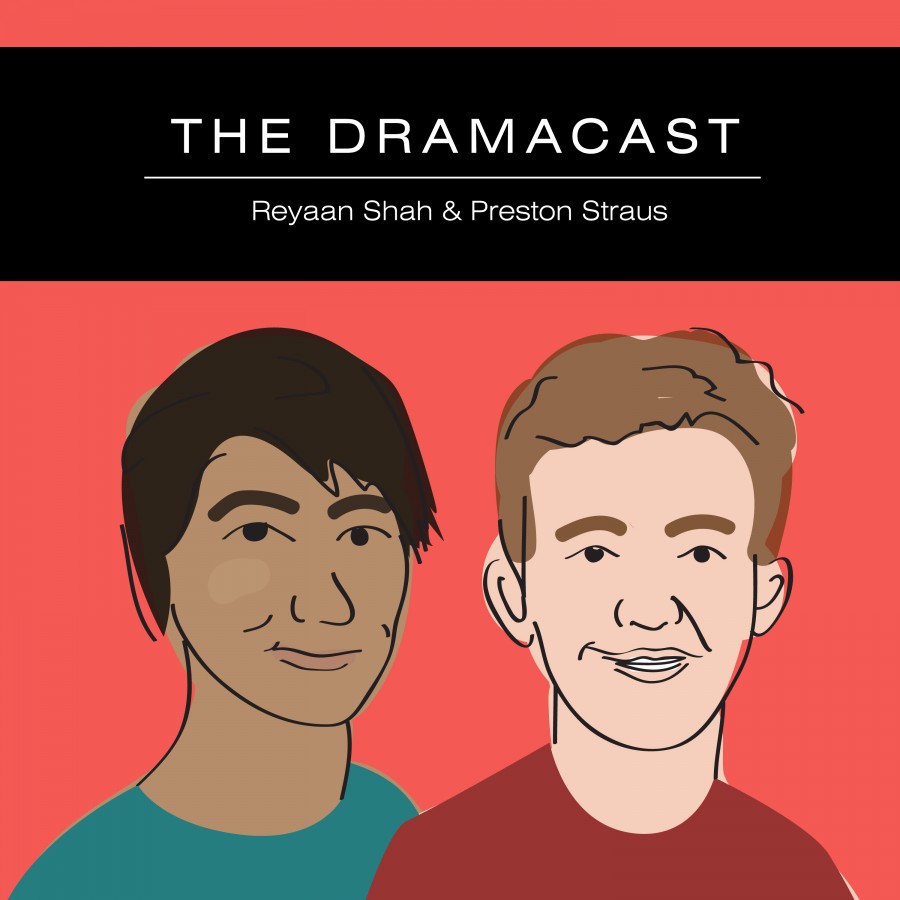 Everyone called sophomore Ardi Saunders by the name “Ally” until she changed it in sixth grade. Recent graduate Michael Sheffield once rapped a song from Frozen. Sophomore Isabelle Candler has a love for sushi.

These are some of the details revealed about members of the Coppell High School Theatre Department in “The Dramacast”, a free iTunes podcast created by seniors Reyaan Shah and Preston Straus.

Shah and Straus listened to many podcasts and thought that creating one could be a fun project. The podcast, according to Straus, is good preparation for a career in acting because it has a professional setting and requires good communication abilities.

“The purpose of ‘The Dramacast’ is to entertain, to tell people about the events that are happening in the theater department, and to get a better understanding of the people in the department,” Straus said. “The first half of the podcast is a general discussion about different topics, and the second half is us posing questions to the star of the month.”

The “star of the month” is a drama student chosen to feature in the episode. The students discuss and reply to questions about their current theater events, day-to-day life, drama experiences and personal characteristics.

“The ‘star of the month’ has been a tradition in the Drama Club for longer than either of us have been a part of it,” Shah said. “But [Straus and I] thought it could be even neater to push it to the next level, give each star a chance to really shine in the form of a fun conversation anyone could listen to.”

“[Shah and Strauss] do a great job on the podcast and the kids in the department get really excited to hear each program,” CHS Theatre director Lisa Tabor said.

Although none of the staff members in the theatre department are involved in the production of “The Dramacast”, Shah and Straus are informed of upcoming events by the drama teachers and discuss these events in the podcast.

“The Dramacast” also offers an advice column for listeners. In each episode, Shah and Straus give tips for any problems submitted through a Google form.

They chose to include an advice column because in Shah’s earlier theater years, he found himself confused about the process of moving up in presence and influence. Straus learned several pointers from his experiences that people can use to get to his level of success, so they hope to help people that have similar problems to Shah.

“The Dramacast” started in January. There are currently four episodes. Shah and Straus upload one episode per month.

Shah and Straus released their latest episode, “Geico”, on Nov. 11, featuring CHS junior Erin Jordan and sophomore Maddie Purser as the stars of the month, differing from previous episodes that only featured one drama student.

Purser and Jordan discussed the process of producing the recent musical “Big Fish”, and the impact it had on them. They also discussed funny moments that happened on headset and possible future participation in stage management.

“[I love] that I got to reflect on the musical in a very direct manner,” Purser said. “Instead of just focusing on miniscule details that don’t matter anymore, it let me focus on specific, important things I really enjoyed.”

Listen to the podcast here.