The benefits of a selfie culture 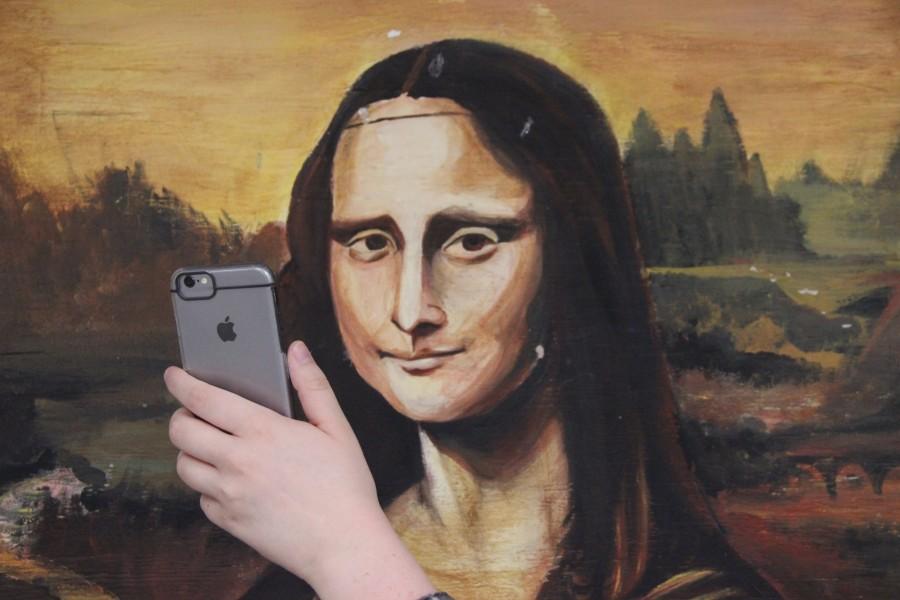 How would history be different if selfies came around just a little bit earlier?

Every generation has its label. Anyone born around the 1950s is labeled as a “Baby Boomer”, while people born into the 1990s are usually labeled as “Millennials” or “Generation X.” However our generation is most commonly defined as the “Selfie Generation.”

Selfies, while enjoyed by many, have grown to be controversial in their own special way. Words and phrases like “vain” or “self-centered” often pop up at the center of this controversy. In an article from Health.com, psychiatrist and contributing editor Dr. Gail Saltz shares his views on the subject.

“…That’s the issue with our Selfie Nation: We get so focused on snapping photos, it tends to distract us from the present,” Saltz said. “If you’re constantly taking selfies at an event you’re not fully immersed in the moment, and it can detract from the satisfaction and joy.”

Contemporary digital artist Molly Soda on NPR had something completely different to say.

“I think a selfie is a really, really positive thing, whether or not it’s art, it’s super positive affirmation of self-love,” Soda said. “And taking your photo and putting it on the Internet for the world to see is an act of positivity.”

Obviously, many have different ideas of what is good and not good about selfies. AP Art History teacher Ann Clark, has some positive things to say about it, as well as how we create our personal image today versus how we did in centuries passed.

“The biggest change that comes to mind initially is we have a lot more freedom today to be who we are in our images,” Clark said. “In the past, there was such a limited amount of portraiture – first of all it was really expensive – so only the elite upper-class could have portraits made of themselves.”

Clark makes this claim to explain that selfies not only give us a sense of freedom, but it is also a classless form of expression. She also talks about how easy it was to sway artists to create a not-so-true version of yourself because of the rarity that people would actually have such a likeness of themselves made. Artists were taught to create a likeness of someone that was visually more appealing than they may have actually appeared.

“The general public didn’t have the money to spend on [portraits],” Clark said. “So you have an upper-class, and because it’s so infrequent that your image is made, you want the image of yourself that is made to be the best. You get a lot of idealization in the past.”

A perfect example of this is the royal portrait of King Henry VIII of England painted by Hans Holbein the Younger in 1537 CE. Your History teachers will never fail to explain how this stunning image of a seemingly robust and regal king is horribly wrong.

He was actually extremely overweight (with a waist of about 53 inches), had a limp leg from a jousting injury, and because of skin care at the time – or maybe a lack thereof – he had horrible acne. But that didn’t stop him from hiring the finest artist of the era to create the finest portrait of his time as king. However, he still viewed himself as the finest image of a king for his empire, and he sought to create his ideal likeness.

Yes, there are cases where maybe taking a selfie is not always appropriate. Say for example, you see someone upload a selfie they took at a funeral service to their Instagram, Twitter or Facebook or maybe you are sitting next to your friend in the passenger seat and as they are driving, they pull out their phone to take a selfie with their best friend.

Yeah, that is not such a good idea, but is that the responsibility of the the selfie itself, or the person irresponsibly using this technology?

Finally as an opinionated journalist, I felt that it was my responsibility to really weigh the pros and cons and to see what comes out of this culture that is not only based through the youth of today, but with almost every person who has a phone with a camera.

The biggest thing that many people see as a good thing (and maybe even something healthy) from taking a selfie is the fact that it is an opportunity to love yourself.

Sure, we take selfies all the time and sure we may want to edit them through as many different filter apps as we can find, and is that wrong? Not really. The selfie gives the individual the power to look at themselves and say, “Hey, I look great today!” This may come as no surprise, but when you really think about it, we’ve come a long way from our predecessors.

“The fact that so many people will photograph themselves as they are without idealizing themselves as done in the past, without following certain parameters that were set in the past. Being able to show the world who you are as you are. I think it’s very liberating,” Clark said.