Wheels on the bus go round, as budget stretches thin 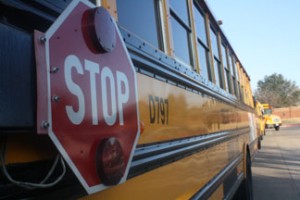 With all of the fun activities clubs and organizations at CHS get to do, the price of traveling can be the biggest challenge for these groups.

Some may be surprised that some organizations are limited to the number of competitions they can compete in because of the price of buses. CHS rents buses exclusively from Dallas County Transportation at the rate of $40 per hour.

According to its official Web site, Dallas County Transportation is one of the largest fleets of school buses in the United States with about 1,700 buses. Dallas County Schools provide 10 different districts with buses, including Dallas ISD and Irving ISD as well as Coppell ISD.
Guaranteed at least two hours for $80, the school organization pays for the time they use the buses and also for the time they stay parked during the event and time transported back to its service center.

According to debate teacher Glenda Ferguson, transportation is the biggest drain on the organization’s funds.

“Usually we stay at a competition from 3 p.m. to 11 p.m. and at $40 an hour for buses that becomes really expensive,” she said. “Sometimes they will leave and come back, but other times they stay and continue to charge us. I personally think we should only be charged for the time we spend on the buses.”

Director of Communications for Dallas County Schools Deanne Hullender said only in the case of all-day events do drivers leave and come back.

“It’s called a ‘drop and return’,” she said. “We mainly do this for track and field events and only if the event inside our district.”

The price is based variety of different things. The Texas Education Association reimburses districts for every mile they travel, so DCS calculates how much it costs to drive each mile, taking gas prices, drivers’ salary, wear-and-tear on the bus, and many other factors into considerations.

However, it is not just buses that are draining to funds. The prices for airline tickets can also be an issue.

“Airfare is killing us,” Ferguson said. “We can’t find a ticket under $400 to [the University of California] Berkeley, where we’re going for a competition. We have to come up with other fundraisers in addition to the ones we’ve already had just to go to our bi-district competition.”

Ferguson doesn’t believe the kids should have to pay for the trips themselves, but she said their trip to nationals could cost up to $2,000.

Junior John Pankonien has worked in several fundraisers for the debate team, and he knows how important funds for transportation are to the success of the program.

“Most of the money we raise goes towards paying for the cost of buses and plane tickets,” he said. “We have tournaments every weekend and some are as far away as Harvard [in Boston], but we can’t afford to go to all of them.”

The school budgets for class field trips, but with so many clubs and organizations going to competitions, the money is stretched thin. To counteract this clubs are encouraged to take advantage of fundraising opportunites.

Principal Brad Hunt encourages club members to be creative when thinking up fundraising ideas because typical items like passbooks can be difficult to sell. Washing cars, babysitting and selling snow cones are several ways students have raised money by offering practical services to people.

“We try not to show favoritism,” Hunt said. “We know the smaller groups don’t have enough manpower to fundraise like other organizations so we want to give them as many chances to raise money as possible.”

However, large organizations like the band have the advantage of a large booster club filled with devoted parents who contribute extensively to the fundraising effort and compensate when band is needing transportation. They donate their own time by running the concession stands for football and soccer games and selling raffle tickets to co-workers and neighbors.

Head band director Scott Mason realizes the issues that can arise from under-budgeting for transportation, but he looks at the issue optimistically.

“The school district in Coppell is unique,” Mason said. “We don’t have one or two or three good programs. We have 20 or 30 fantastic programs. And when you have that many good programs, but the same amount of money as you would for just having four good programs, everyone is going to be short-changed a little bit.”