Meninism: Adding fuel to the fire of sexism? 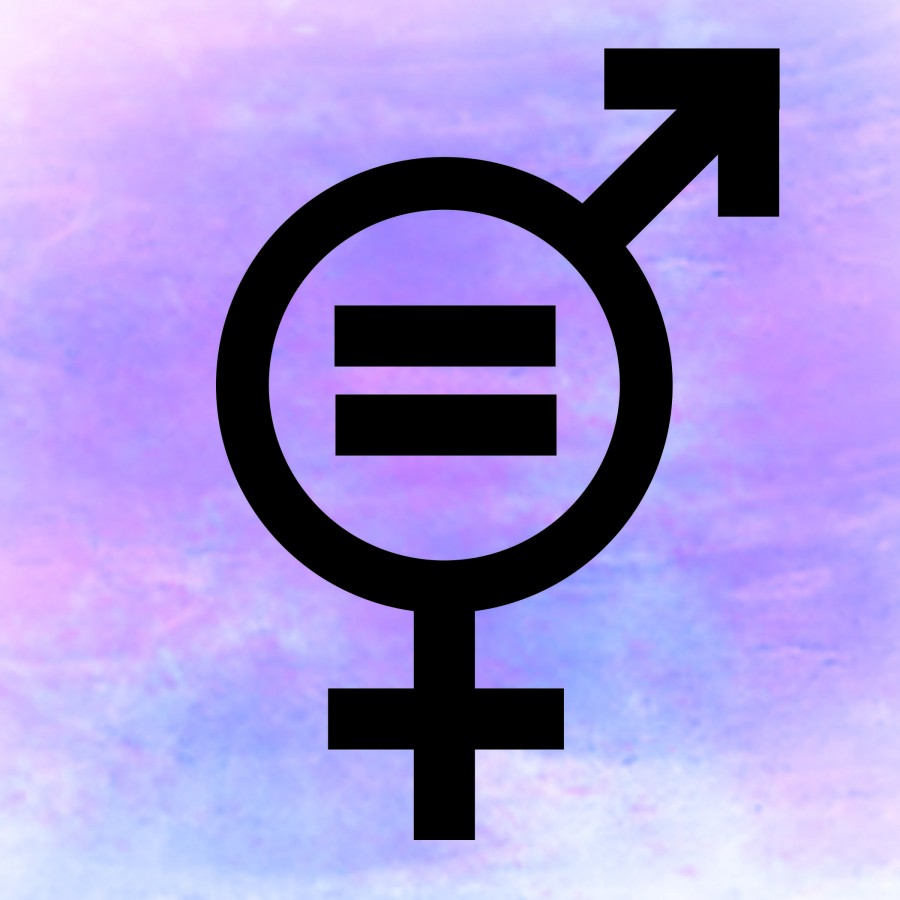 Men and women should be considered equal and meninism defies those feminist ideals. Graphic by Rachel Bugias-Lopez

Women belong in the kitchen. You fight like a girl. At least you are pretty. Man up. These sayings are commonplace in our culture and have underlying sexist sentiments.

They perpetuate superiority of men; and the ultimate weakness of women. Most people do not realize the implications they create, but they can make a big impact on the impressionable young that listening intently; especially in new trends taking the country by storm.

Meninism is a Twitter originated movement that started as satire for male allies of feminism and joked about the “double standards” men commonly face, but it evolved into an account that expresses misogynistic ideals. The hashtag Meninists trends from time to time, rearing it’s sexist face to the startled public with charming sentiments like “Do feminists get mad when men insist on paying the bill? A. Yes B. No C. N/A C- Feminists don’t get asked out on dates”.

Starting with remarks similar to “Why doesn’t she pay for dates?”,  the multiple accounts dedicated to the degradation of women have formed anti-women and anti-feminist ideals are acceptable for young people to admire because it is “funny,” when it is really just a compilation of sexist jokes. They continue to forget that just because it comes off humourus and nonchalant, it is still demeaning a whole gender subtly.

Upon viewing one of the myriad of profiles online, the majority of accounts either were filled with sensitive material or cursed, only after 10 minutes did I find one repugnant yet clean to repeat. “If the girl I like ever says ‘you’re like a brother to me’ I’m going [to] punch her square in the chest since thats how I play with my brother”.

When I was younger, I had a friend who used to shove and hit me; almost to the point of pain. It made it unenjoyable to hang around that group of friends and even worse, he used “equality” as a reason that it was all OK, although I had never laid a hand on him.

Equality does not mean women deserve to be hit, yelled at or demeaned “like a boy”, because neither gender should have to endure that treatment. By treating someone the same way you have been mistreated, you are not spreading “equality”, only projecting hatred for the fun of it.

Although the tweets themselves may seem like they would have no impact, they have sparked a movement with memorabilia consisting of T-shirts that say ‘#Meninist’. People, both boys and girls, have taken it upon themselves to parade these T-shirts around with pride, creating even more of an epidemic of meninism.

Young people, especially young boys, are targeted in the audience for these tweets because of their impressionable ideals and tendency to conform. Because they do not really understand what feminism is or what it stands for, they are more willing to get on the band wagon that it is prospered from a hatred of women and a misunderstanding of feminism. Meninists are really attempting to fight female misandry, the hatred of men, because it can be veiled as feminism although the principals are not at all related and although it is completely fine to defend yourself against the hatred of your gender, meninism fights equality of the sexes. This segregated and degrading mentality is pushing all the work for equal rights backwards, and is only fighting mistitled misandry with more hate geared toward an innocent group.

I walked into the hallways of Coppell High School to understand what other people of my school think feminism means.  I found myself  being completely surprised by the disproportion of understanding between girls and boys.

“Women and girls getting to do what they want to do, and not bringing down other girls in the process. Being aware of other stuff that other girls go through in other countries, but not letting that be more important than what happens here,”  junior Lexi Muraga said. “People will say that girls claim we are oppressed by not getting to wear skirts to school while other people get acid thrown in their face. But they’re just different topics, there are problems within everything.”

Out of the girls asked, many of them responded with the “equal rights for both sexes” tagline that is most feminists promote, but some sounded unsure. One freshmen girl remarked how feminism is the ideal that girls should have girlish feature including liking flowers. When I reminded her that I said “feminism” and not “feminine” ideals, she stuck with her story; not even understanding the word.

The lack of knowledge about a topic so relevant is concerning, because feminism is based on the equality of men and women from social, economic, and political standpoints. We need feminism because girls are being killed for rejecting a male, because women are viewed as creatures that just say yes, not humans. We need feminism because there are only 20 women in Congress out of the 100 positions and in 2013, women were paid 78 cents to the dollar men made and are statistically paid less with more education.

While most girls were very educated on the ideals of feminism, the 15 guys I approached stuttered “I don’t know” or laughed in my face. Quite frankly that type of response is ridiculous because the sound of equality should not prompt laughter or anything but attention; it is a serious topic with an important role in our society. The boys who understood the question responded vaguely.

Meninism is capitalizing on the fact that people do not truly comprehend what type of hate they are spreading. It advocates for young boys to stand up against feminism, rather than misandry, and suggest the superiority of men. That type of unequal gender stereotype is unhealthy for society and will only undo the revolution women are trying to maintain by stating that we are here for the same rights.

The misogyny of society has been in our culture since the beginning of time, but that does not mean that it should stay that way; the people who view “that is the way it has always been” have no argument other than ignorance. Another argument against feminism is that because we are in a first world country, women are not as oppressed as in third world countries, and therefore should not complain. That is like saying because you have rags to wear so you should not be envious of the warm clothes I wear because some people have no clothes to wear at all.

The men that are educated about the struggles of being a female and advocate against them anyway are apathetic human beings who would not know how to survive one day with the restrictions that women have.

The boys rallied up by forms of social media and conditioning from culture know no other way other than false information provided by biased sources. Girls who advocate for meninism typically are trying to fit in with their male peers and do not understand the inequalities they will have to face as a grown woman.

Parents need to understand that they should take part in their child’s interests. Do not limit them because it’s more benefitical if they mess up on their own by embarrassing themselves in a meninist T-shirt, but parents need to educate themselves on the ideals of a meninist. Most articles that pop up on Google will not be against the movement, but it is important to make your children register what type of message they are giving off into the world.

We need to change what people think about feminism and meninism. People should be educated about the entire of population they disrespect by wearing #Meninist T-shirts or laugh at a sexist joke as well as know that feminism is not just a feminine ideal, men can and should participate in the movement because equality benefits everyone. It creates a platform where society can progress by all means, not just those of a man.