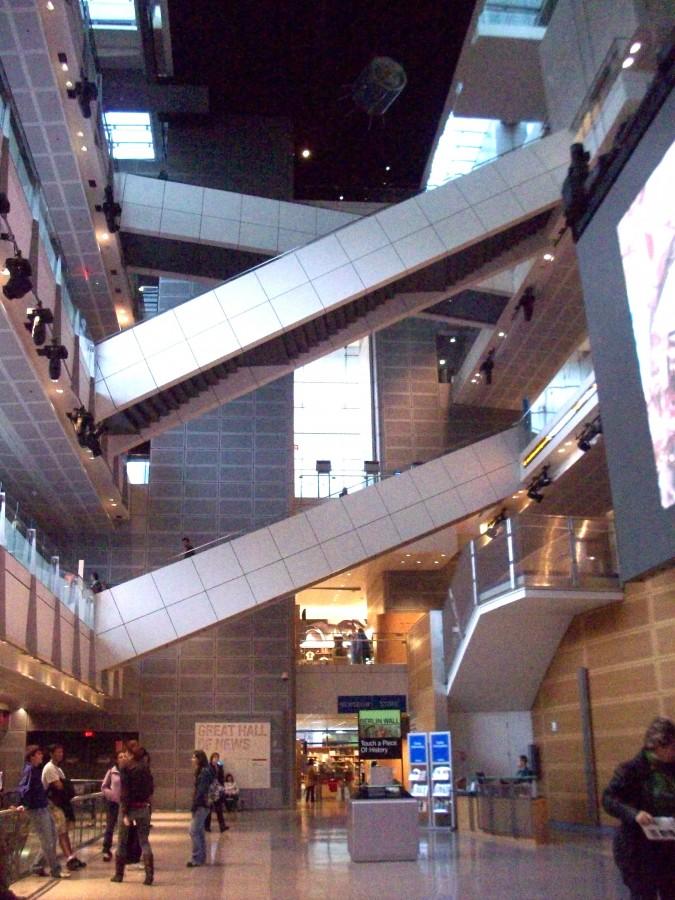 Eleven members of Coppell High School’s KCBY-TV and Round-Up yearbook programs departed today for Washington D.C. for the JEA/NSPA Fall National High School Journalism Convention, which runs through Sunday. The student journalists plan to sightsee while in the nation’s capital, including a trip to Newseum (pictured here from a 2009 trip by Coppell Student Media). The Sidekick file photo

Coppell High School media students traveled to Washington D.C. in 2009 for the convention and are excited about returning to the nation’s capital.

“It’s great going back there,” KCBY program director Irma Kennedy said. “There’s so much going on there and provides access to the top journalists in the country.”

Noted author and award-winning journalist Bob Woodward, who led the investigative reporting of the Watergate scandal with The Washington Post, will be speaking at the convention.

In addition to keynote addresses from Woodward and ESPN commentator Jay Harris, the conference provides various sessions and workshops for student journalists.

“Media has changed,” Kennedy said. “The role and responsibility is different with all the different media.”

KCBY and Round-Up members will be doing some sight seeing by touring the Capitol building, Arlington National Cemetery and visiting Newseum.

“My hope is that we learn some sound journalistic principles,” Round-Up Sallyanne Harris said. “And that we get excited about this year’s yearbook to implement some new things.”

In addition to Kennedy and Harris, four KCBY students and five Round-Up members are attending.

“It’s always an opportunity to refocus on what’s important in our student publications and why we’re doing what we’re doing,” Kennedy said. “I’m excited for students to catch the fever of why we’re here.”