WALK THE MOON rocks the House of Blues 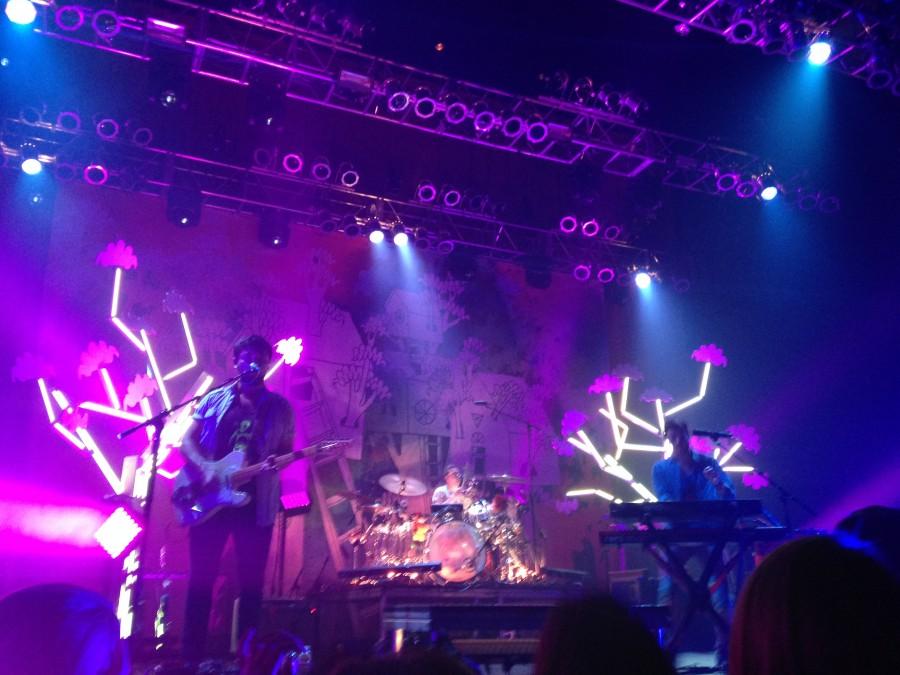 Dedicated fans formed a line that wrapped around the House of Blues on Oct. 9, many of their faces painted in distinct tribal patterns, ready for the WALK THE MOON concert. The crowd’s vibe was ecstatic before the concert even began.

The lights dimmed and “Circle of Life” blasted from the speakers, telling fans that it was time for the main show. WTM strutted on stage sporting its signature face paint and greeting the crowd with smiles. They opened the show with “Next in Line”, setting the perfect tone for a fast paced concert.

After playing more tracks from their debut studio album “Walk the Moon”, WTM threw a few curve balls at the audience. The crowd was all ears as they performed unreleased songs, leaving fans very excited for its next album. It also performed “Anywayican” a few songs from its lesser known “Tightrope EP”, and even a track from their first self-produced album “i want! i want!”. Dedicated fans were nothing but pleased with the variety of the setlist.

Between the strobe lights, the high energy and the snow confetti that rained down during “Shiver, Shiver”, WTM led the crowd in a gigantic party that no one wanted to end. Although the synthesizer seemed to be too much at times, when the band slowed down to play “Iscariot”, lead singer Nicholas Petriccia’s vocals were utterly perfect. It left the crowd with “Jenny”, and the audience danced as if they never wanted the night to end. WTM felt the love as Dallas bid adieu to them with roaring applause.

The Mowgli’s opened, and they did not disappoint. A relatively new band from Los Angeles, The Mowgli’s released its first studio album “Waiting for the Dawn” in June. Only a few fans knew its songs, but the energy created a dance party among the crowd. Opening with “Waiting for the Dawn”, this underrated group quickly impressed the audience with its catchy sound and dynamic stage presence.

As the show continued, The Mowgli’s performed more of its upbeat songs such as before slowing it down for “Carry Your Will”. This is one of the most memorable moments of the night for me as member Michael Vincze dedicated the song to our fallen brothers and sisters and proceeded to light sage on stage.

After a sollom moment, the energy quickly picked back up as The Mowgli’s closed with its most popular song “San Francisco”, and lead vocalist Colin Dieden jumped into the crowd. Its indie vibe radiated love and left smiles on everyone’s faces. Applause roared as the band exited, and the crowd revamped for the main act.

The night’s performances left the audience nothing short of satisfied. Both The Mowgli’s and WTM are just getting started with their careers, and have proven to be extremely talented both in the studio and live. Look out for WTM’s next album and a headlining tour for The Mowgli’s. These groups do not disappoint.