Perks of being a teenager: High school comes full circle 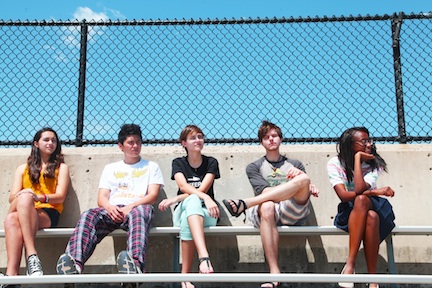 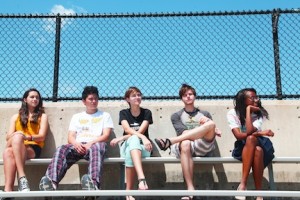 She pulled out her color-coded binder and agenda and filled in her schedule for the first week of school. She used a different color for each class and made boxes in the margins to check off each item when it was finished.

That was the year she started high school, and she swore she would stay organized and do all her homework without procrastinating. It was like starting anew – new school, new friends, new adventures to come.

That was the year her parents started fighting, and they promised it wasn’t her fault, that it had nothing to do with her or her sister. But it got to be too much for them, and they split up.

That was the year her little sister started middle school, and could no longer be considered a “little girl.” They had always been close, but they quickly grew closer because she seemed older and they had more in common.

She opened her worn out spiral journal and scribbled down her to do list on the first clean page she found. She did this every day, and every day only a few items on the list got done.

That was the year she thought she had the hang of high school already. She was a sophomore. She was ready to move on and start thinking about college.

That was the year she was getting used to her parents’ separation, and her parents found new partners. She did too, and they fell in love and quickly became best friends.

That was the year she joined the newspaper staff, and it came to define her. She used writing as her outlet and loved sharing her thoughts with people she would never talk to otherwise. It gave her confidence and got her involved with school events.

She flipped over the assignment due next period and scrambled to write down her teacher’s reminders. She shoved it in her backpack in between the dozens of other papers and hoped she would be able to find it later.

That was the year she let 11th grade take its toll on her, and she made more mistakes than she could count. She stayed up for all hours of the night, did things she regretted and tainted relationships she needed.

But that was the year her parents started talking again and things began improving for them. They moved back in together and her family went back to normal – the way it should be.

That was the year she and her sister became inseparable. As she started applying to colleges, they kept getting closer, not being able to imagine a world without each other.

That was the year she became an editor, and she started to give back to The Sidekick, which had changed her life in ways she never could have expected.

She submitted the last of her college applications and started to think about her future. She finally realized how close she was to living on her own, to seeing reality without blinders.

That was her senior year, and it was filled with more ups and downs than she would have ever imagined.

That was the year one of her best friends committed suicide, and the year she committed to study English education at Florida State University.

That was the year her parents officially reunited, and the year she would have to leave all her friends behind.

That was the year her little sister started high school, and she realized how much she had grown, and how much she would miss in the years to come.

But that was the year that signified the start of a new life, a new future ahead of her, and she looked forward to it more than anything else she could think of.

Now she stares at the blinking cursor on the open document in front of her and wonders how she can sum up her high school years in one story, then watches as the words fill themselves on the page.