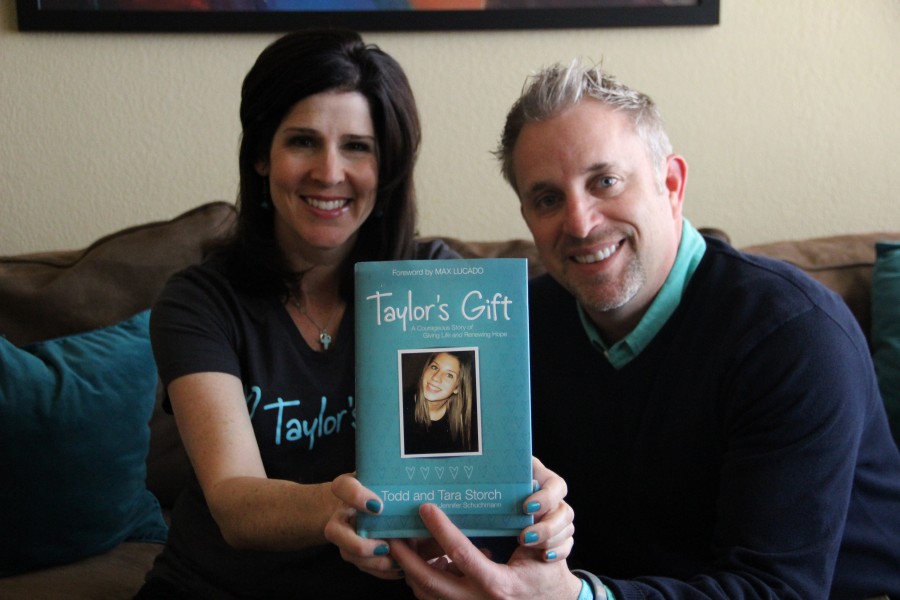 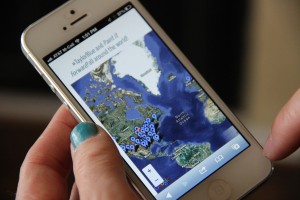 April is National Donate Life Month, a special time dedicated to the awareness and celebration of organ donation. This year, Taylor’s Gift has taken this opportunity to create an easy, effective way to connect with its audience.

“We wanted a way to connect and have fun with organ donation,” founder Todd Storch said. “One of the things we are working on is changing the conversation so that people want to talk about it. Organ donation has been viewed as negative – something that happens when you die. We have been working hard to change that conversation, so the Paint it Forward! campaign all came together.”

Taylor’s Gift, founded after the 2010 after the death of Coppell Middle School East eighth grader Taylor Storch following a skiing accident, has teamed up with OPI Products to produce the color “Taylor Blue” to both spread awareness about their cause and help raise money for people whose lives have been touched by organ donation. OPI loved the idea of what Taylor’s Gift was trying to do and willingly agreed to take part in the campaign.

“The response is unbelievable; it has blown us away,” Taylor’s Gift event director Linda Medina said. “We had asked for 1,000 bottles thinking it would hang around awhile, but we sold those 1000 bottles on March 22 by about 2 a.m. We have already ordered 2,000 more bottles. It has been amazing the reach that we have seen. We have had many more people exposed to Taylor’s Gift from this campaign. We have got a wonderful support group in Coppell, but we also have reached across the country.”

With an incredible number of sales in such a short amount of time and an increasingly high demand, OPI is considering turning Taylor Blue into more than just a limited supply. At taylorsgift.org/taylorblue, there is a map available to view recent purchases of the polish around the globe.

“When we launched it, we knew it was a good idea, but we were getting online sales every minute or two all over the country,” Storch said. “We had two locations in Coppell selling Taylor Blue – Zenzero Bakery and J. Macklin’s Grill, who were calling us saying they were sold out in hours. It was exciting, overwhelming and fantastic.”

Though the Paint It Forward! campaign proved successful from its launch, Storch and his wife, Tara, have not stopped there to promote their foundation during the month of April. On April 1, the Storches released a book, Taylor’s Gift: A Courageous Story of Giving Life and Renewing Hope, that was a long time in the making.

The idea of writing a book over his family’s experiences was proposed to Storch by Father Alfonso of St. Ann Catholic Parish not long after Taylor’s accident when he began to realize all of the things that had happened after Taylor’s death. When Storch was contacted by the editor of a publishing house the same week, he knew that he needed to share his story with other people.

For students who knew Taylor, the book provides a glimpse back into the world with her in it. The book especially touches the family and friends in the acknowledgments. 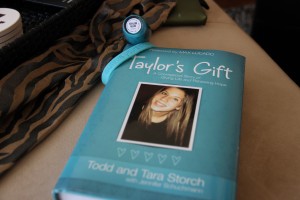 “I just felt an overwhelming amount of honor and happiness when reading that I was credited as one of her closest friends,” junior Kate Dicken said. “Although I have always known in my heart that is true, it is amazing that people all over the world will be reading this and will know how much Taylor Storch meant to me and how close we were, and now it is in ink, and nothing will ever change my relationship with Taylor.”

Since Taylor’s death, Dicken has remained in a close relationship with the Storch family, and has an overwhelming amount of respect for what they have accomplished and shared.

“From the Storches, I have learned that no matter what, you can never give up,” Dicken said. “Although things may not go your way or may look bleak, never give up, because there is always something good to come out of it.”

The Taylor’s Gift Foundation has come so far since March 2010. The Paint It Forward! campaign and book release are just the next steps in their journey of touching lives. The Storches will never stop spreading their message.

“Seeing Taylor’s story touch lives feels so good because it really is a love story,” Storch said. “It is a horrible, horrible thing that happened, but the outpouring of it is beautiful, and people are attracted to that. We want that message to be all over the world; there is so much good that is out there.”