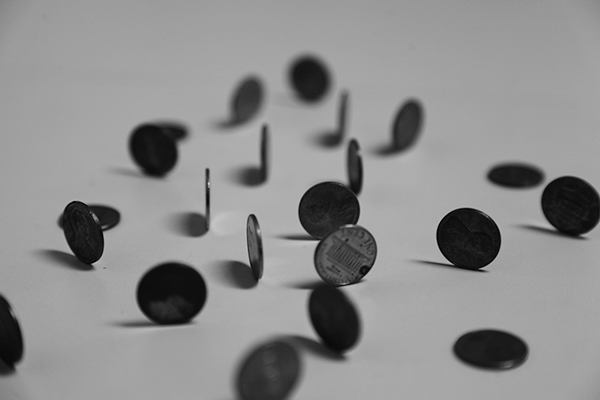 It is a rainy, depressing day as you rush to school hoping not to be tardy for the second time this week.  As you run through the gloomy weather, you look down and find something gleaming on the gray sidewalk.

A rejected penny lays, face up, staring at you.  It is your lucky day.

While the penny may seem like the most useless coin due to its small value, the penny has sentimental and historical value tied to it.  This coin has actually been around for centuries, dating far back as to 790 A.D. when the first British penny was minted.  The penny, being one of the earliest coins used, has been the basis for all coinage we use today.

The penny reminds American citizens of the struggle our nation went through only 150 years ago to preserve our freedom and to keep us a unified nation.  With one of America’s most beloved presidents decorating the face of the coin, the penny displays our nation’s fight for unification.

Historically, Americans are traditionalists – we are typically strongly against change. This thinking drives the argument against switching from the average paper dollar to the more cost effective coin currency.  Americans dislike changes, even ones as small as abolishing the penny.

Not only is the penny sentimentally and traditionally valuable, it is also critical for keeping prices low.  If the penny were abolished, many American citizens worry that price increases would result.  Without the penny around, everything will have to be rounded to the nearest nickel in order to compensate for the loss of the small coin.

While this may not seem like much of an issue to us, this increase would hit the poor hard.  The poor are more likely to make smaller purchases more frequently, and by rounding up the prices on these small purchases, the poor are forced to pay more than usual.

Another issue with abolishing the penny is related to penny drives.  Many charities around the nation depend on penny drives for donations since many people part with pennies easily.  Asking people to donate more than pennies could be an issue with some and cause charities to lose a main source of income.

One of the overlooked reasons why we should keep the penny is that the abolition of the penny would force an increase in the production of the nickel, as more nickels would be necessary to make up for the pennies that are not in circulation.  Many detractors, tell me what a detractor is, argue that the penny costs more than its face value to create (it takes 1.26 cents to make a penny). However, nickels are even more expensive, as they cost 7.7 cents to make, 2.7 cents over its face value.  While abolishing the penny seems like it would save some cash, in reality, the cost it would take to create more nickels would offset those savings.  In fact, it costs more to make one nickel than it does to make five pennies.

The penny is cheaper to make than other coins. The penny is a part of our culture, our freedom and our history. The penny is a symbol of luck.  You find a heads-up penny, it is your lucky day.  While this bit of cultural fiction may not be true, it can still add a little positivity to your day and bring a smile to your face.

Even though the penny may seem useless as you wait in line behind someone taking forever to dig pennies out to pay in exact change, the penny is valuable in many other aspects. So while you clean pennies out of your wallet, remember that pennies have a value beyond what is monetary.