The dream of ‘Les Misérables’ lives on in theaters 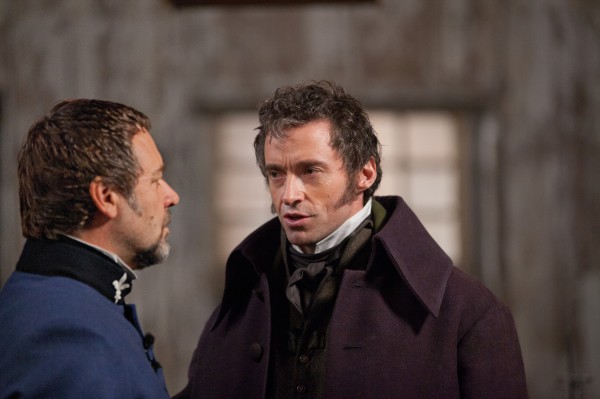 The highly anticipated movie-musical Les Misérables came out with a bang on Christmas Day. The story follows paroled prisoner Jean Valjean, played by Hugh Jackman, on his journey to make a life in an impoverished France after serving 19 years for stealing a loaf of bread.

Based on a novel written by Victor Hugo in 1862, the musical interpretation of Les Misérables has impressed audiences worldwide since its debut in 1980. Present day, director Tom Hooper, decided to take a shot at turning the raging production into a motion picture once again in 2012.

Going into a movie said to be fantastic, there was a trace of skepticism in my mind, but the film went entirely above and beyond my expectations.

The opening scene runs chills down your spine; an almost unrecognizable Jackman and his fellow prisoners perform the first number while slaving away under the command of prison guard Javert, played by Russell Crowe. Great hardship is captured and the mood for movie is depicted in the first 10 minutes.

The struggle filled plot line begins when Jackman’s character is released from prison and attempts to stay out- though it is hard not to turn back to his old ways. When the grace of a priest saves him from being thrown back in prison, Jackman gives his life to God and vows to serve others in His name for the rest of his life, setting up the main plot.

Though the story centers around Jackman’s character, it bursts into an entire tale of several characters centering around a revolutionary and heartfelt period of time. To my surprise, it is even quite humorous at some points. It is easy to enjoy a film that engulfs your attention and captures your heart even after the film stops rolling.

Hooper does a remarkable job at portraying Les Misérables as a film. The shots and special effects allow the audience to visually step into the world of the characters and encounter unimaginable details the musical itself cannot offer.

In a plot already filled with so much emotion and intensity, Hooper brings to life passion and struggle experienced by the characters in the movie with a fantastic cast who devoted themselves to their parts.

Incorporating both new stars and familiar faces, performances from the actors are nothing short of fantastic. The audience feels the emotion acted out by characters. Actresses Anne Hathaway and Samantha Baker deliver commendable jobs nailing their heartfelt solo performances.

Les Misérables requires no prior knowledge of the story line for enjoyment; it is capable of captivating the hearts of all who stumble upon it. It is a phenomenal tale worth hearing if you give it a chance.

Though the movie turns out to be great, the running time is still over two and a half hours long (157 minutes), it is still very depressing and it is hard to adjust to the fact that there is absolutely no dialogue. Despite all of these things, it is still one of the greatest films I have ever seen.

I highly recommend for everyone to go dream the dream of Les Misérables in theatres; it is an experience unlike any other.