Disney’s Star Wars sequels: I have a bad feeling about this 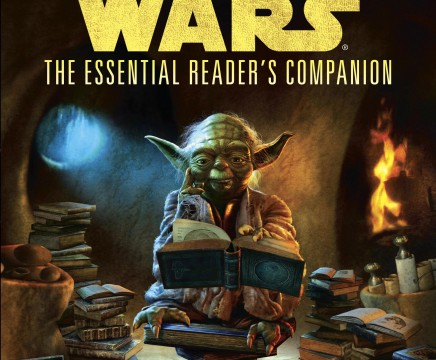 On Tuesday, The Walt Disney Company purchased Lucasfilm Ltd. for $4.05 billion and announced that Star Wars: Episode 7 would be released in 2015.

Everyone I have discussed this with has mixed feelings about this announcement. The idea of a

new Star Wars movie does sound appealing at first. However, I believe the decision to make more movies would cause the saga to lose its meaning and decline in quality.

The three movies Disney plans to release are the fabled “sequel trilogy” Lucas wrote in the 70s and 80s. The trilogy supposedly included Luke Skywalker (Mark Hamill), Han Solo (Harrison Ford) and Princess Leia (Carrie Fisher) about 20-30 years after the events of Return of the Jedi.

In 1997, Lucas decided he would stop working the Star Wars franchise after the prequel trilogy. For the last 15 years, there has been no hope for seeing the original characters on the big screen again.

The time gap between the trilogies would allow these actors to reprise their roles, but does a Star Wars movie with a 70-year-old Han Solo sound like a great idea? This is the same logic that brought us Indiana Jones and the Kingdom of the Crystal Skull. Ford’s career as an action hero is flatlining. Cowboys & Aliens showed me that. Hamill could still pull off his role as Luke Skywalker, but the ages of Fisher and Ford are showing.

Star Wars is an epic space opera. The saga revolves around the rise and fall of Anakin Skywalker. While the prequel trilogy is arguably a failure, it still pertains to the overall plot. With six episodes, the saga is complete and more additions are unnecessary.

The new trilogy represents passing the torch to a new generation as our heroes attempt to rebuild the galactic republic. Once that torch is passed, the story no longer has meaning, and you can be sure that Disney is going to make more movies about anything they can get their hands on.

Disney now has the benefits of Industrial Light & Magic, Skywalker Sound and Lucasfilm animation. Remember, this is Disney. For all we know, they could try to appeal to more kids with more characters like Jar-Jar Binks or the Ewoks. Disney could only be in this for the money it is going to make. They could even make the films less violent by adding more romance, or they could make it boring by shoving every ounce of computer generated images they have on to the screen at once. Lucas did both of these things in the prequel trilogy.

Lucas has been listed as an outside creative consultant. This can either be a good or bad thing. As a consultant, Lucas could be completely excluded from the project or be running the show. In one direction, Disney could make too many changes. In the other direction, Lucas could do exactly what he did with the prequel trilogy. Lucas could tell them to add more CGI or follow his fairly weak scripts. As long as he is not directing anything, it may be alright.

Lucas got lucky with the original trilogy back when it was released. He always wanted more special effects, which was shown in the recent DVD and Blu-Ray releases. The changes to the movies angered fanboys everywhere. The original trilogy was great because the technology Lucas wanted was not there yet. He could have ruined the franchise from the start. In hindsight, the success he had in writing and effects back in the day was from his coworkers and a spot of serendipity.

If the new Star Wars is going to be a success, it is important that Disney chooses writers and directors that are involved to make a quality film, not to make money. But the director’s style has to fit the existing saga or else it could butcher the franchise, and the writers have to make sure the dialogue is strong enough to keep the viewers from vomiting.

Disney has a habit of milking their characters for everything they are worth. In the last two decades, Disney has produced one or more sequels to every successful movie they have made, excluding most Pixar films. They have even made television series and spin-off movies. Typically these sequels lose quality exponentially as more are made. Air Bud from 1997 has five movies, and a spin-off series with eight movies. Disney made thirteen movies from one franchise. Who knows what they could do to Star Wars?

Making more Star Wars movies excites children and older fans everywhere, but in the long haul, it could kill the franchise. With old and aging actors, a sequel-crazy production company and George Lucas onboard, anything could happen with the Star Wars saga.

Want to see the light side of the story? Check out Thomas Hair’s argument for the Disney trilogy here.